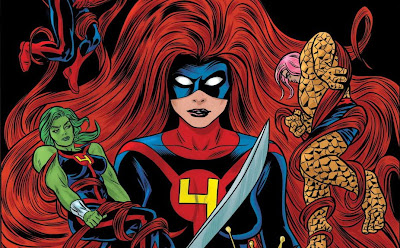 See that's the reason girl hair could be advantageous. If it was like Medusa's, you could hold many things at once, handy in many situations, if not just when at your nearest buffet. Marvel's character library has even more titles in it then even this Inhuman lassie can languish after though, and from all their March 2013 solicitations, these are the best covers from the house of ideas. 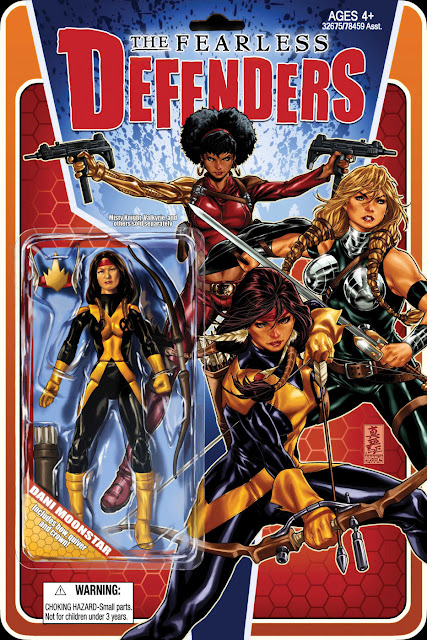 No, it's not a real toy package shamelessly enough, nor is it the opening to the joke 'A cyborg, an Asgardian and a mutant Native American walk into a bar...' Though if they are there to kick arse and save the world, maybe it is. You'll have to by the book (not the toy) to find out first though.

Marvel says: Dani Moonstar joins the Defenders! Valkyrie and Misty prepare to take on the Doom Maidens. Plus: A closer look at our sadistic new villain! 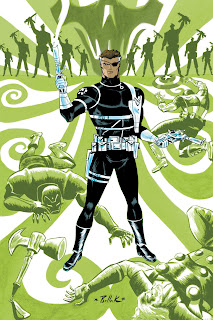 See, you can still do Steranko's Nick Fury and infuse plenty of your own style as well. Captain America, HYDRA goons and a trippy swirlie pattern, its enough reason to buy the book all on its own (which I guess is actually the point of a cover when you think about it)! 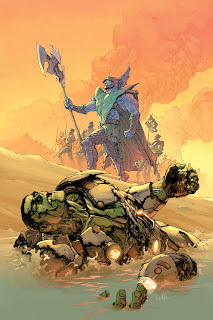 You know what Marvel needs? A decent lifeguard. Here Hulk obviously went swimming outside the flags and it cost him dearly. Now as he pays for not heeding the marketing slogan, Attuma walks right on past and doesn't even offer help. He's to busy trying to takeover the world, but that's males for you.

What do you think?  Sound off below. For March 2013 solicits from other publishers as they're released click here, or for Marvel's full March line-up, follow the jump!
Posted by IADW at 12:41 pm