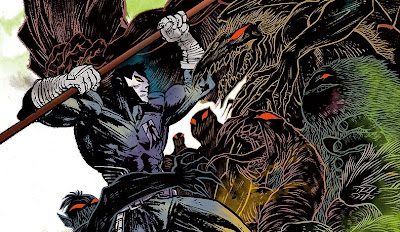 2013 Valiant is throwing out the payoff in their first years worth of stories. However as Harbinger and Bloodshot ramp up, and X-O Manowar heads into Planet Death, do you know what my highlight has to be? Bart Sears back on X-O after all too long an absence from both the character and mainstream comics. Legend. While that wraparound cover is still 'top secret', of all Valiant Entertainment's March 2013 solicitations, these are the hottest covers released so far; 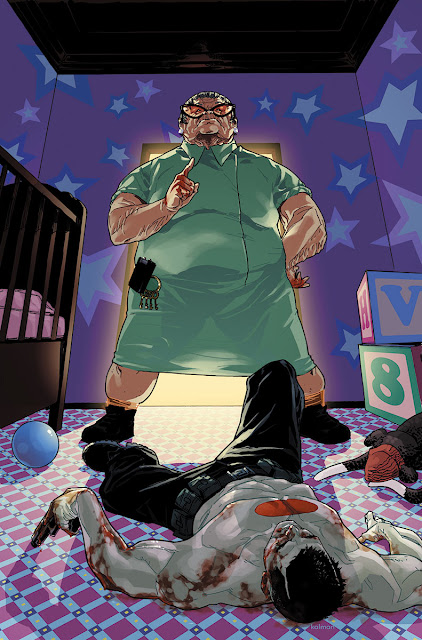 Now there's something you don't see every day. An overweight man in a dress and Nana Mouskouri glasses, having just handed Bloodshot his arse in an oversized nursery. Gotta love comic brand crazy. So the cover still has plenty of masculine vibes to it though despite the starry wallpaper, the blocks in the corner spell 'V8'. Aww.

Valiant says: There's no turning back now.
The man with a past he can't remember has to make one of the most difficult decisions of his life. Should he play the role of savior and unleash a force that could possibly destabilise the world? Or should he settle into the role he knows best - killer - and wipe the slate clean, once and for all? Full of shocks, heart-stopping action and more backstabbing than a dozen productions of Julius Caesar, Bloodshot has his finger on the trigger - and the shot that will be heard around the Valiant Universe gets fired right here. 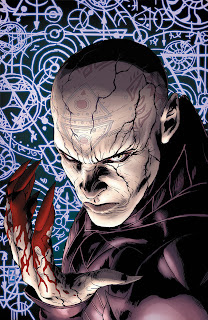 March is brought to you by the colour purple. No not the Whoopi and Oprah tear-jearker, the actual colour. I mean just look at these two covers so far. Purple. And now returning nasty Master Darque tries to add some red into the picture and just ends up getting it all over his 'evil guy manicure'. If I was him, I'd probably be pretty dark about that too. 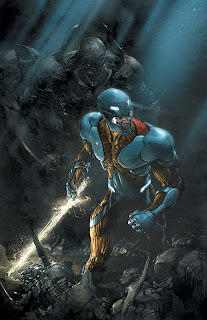 Artist with the most serial killer sounding name; Clayton Crain. When he stopped doing Ghost Rider for Marvel, I almost became one myself. Now here he is putting the 'No! Behind You! Turn Round!' into X-O. Guess being just killer is good enough.

What do you think?  Sound off below. For March 2013 solicits from other publishers as they're released click here, or for Valiant's full March line-up, follow the jump!
Posted by IADW at 2:43 am