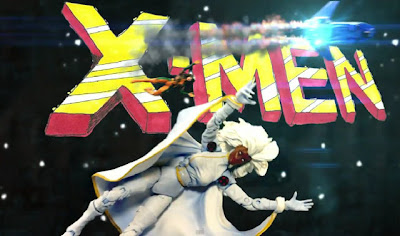 Go to any sport arena in the world, and chances are when umpires debate who's got what dibs on the staffroom cookies or as a score is tried and everyone returns to their restart positions, the DJ of the arena will play something by Brit rockers Queen.

Stadium anthem We Will Rock You is always popular, along with We Are The Champions and Another One Bites The Dust. But you know what little ditty used to get me amped up most more? The intro tune to the X-Men cartoon of the 90's.

Sure, I doubt it's never being played to large crowds, but it sure should be. Especially now, a genius modestly going by the name of Kyle Roberts has recreated said cassic opening in stop-motion, action figure awesomeness. Who says Christmas never comes early?

Eat your heart out Eye Of The Tiger. See that shot of the X-Men running towards their enemies as the beat climaxed? Killer, killer stuff.
Posted by IADW at 1:04 pm