MAKE MINE A BLACK WIDOW ON THE ROCKS! Avenger Cocktails Assemble For New Years

The Avengers. It's the comic movie that made legions of non-comic fan fans seemingly overnight in 2012. So as we prepare to say 'Hello 2013', it's only fair Earths Mightiest (and Loki) theme the drinks we wash said statement down with. 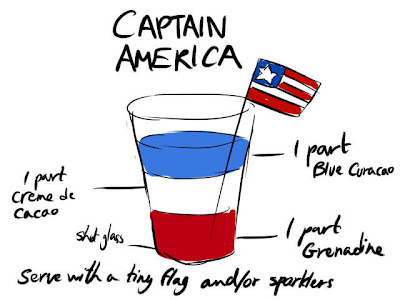 While taste doesn't seem to be too much of a concern in some of these recipes (lets face it, no one really follows pouring directions anyway), it's good Agent Coulson gets his own (powerful) creation, and that Loki's even comes with a practical joke element. Now all they need is a swizzle stick. Avengers Assemble! 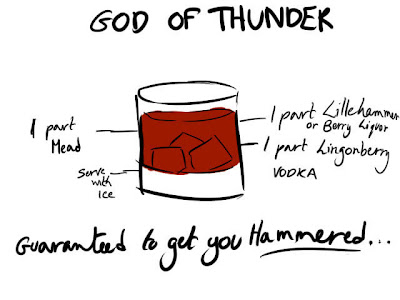 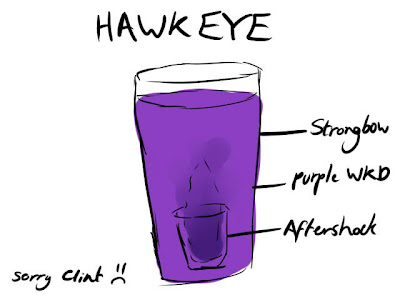 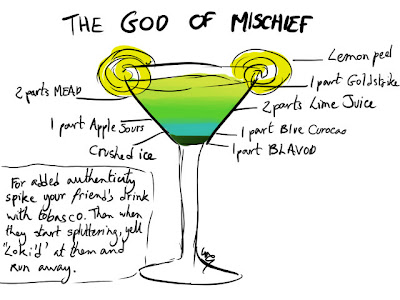 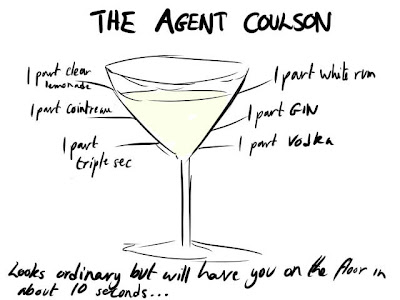 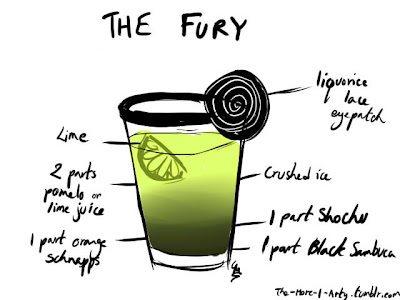 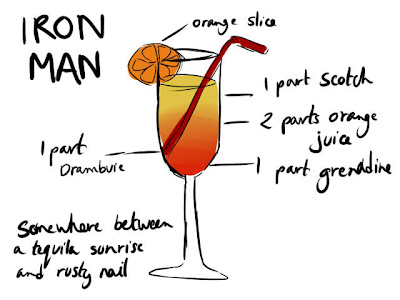 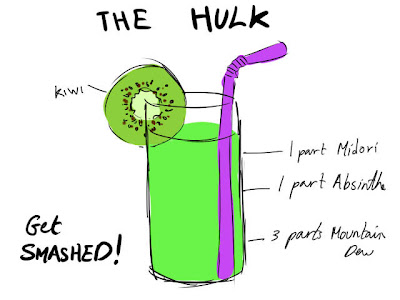 (Everything's better with a Kiwi) And yes, an Incredible Hulk half Hennessy and half Hypnotiq, but hey there can be two! 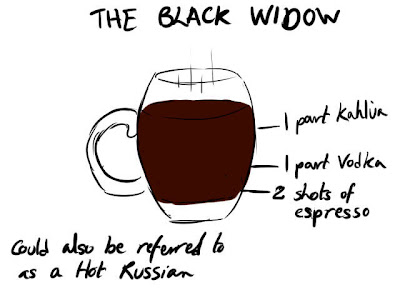 Thanks to the inventors at The More I Arty you now have people to blame your Avenger-sized hangover on!
Posted by IADW at 2:20 pm