BECAUSE I SAID SO: White House Responds To Petition For Taxpayer Funded Death Star 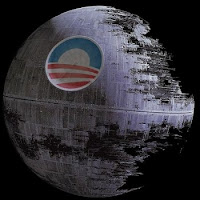 Despite the fact I write to the White House once a day pointing out it's not so much 'white' as 'mother of pearl', every now and then the computer hugging folk inside flip an email back. Not to me of course, but rather in this instance to the close to 35,000 people who signed a petition to get the United States to start construction on an actual Death Star in 2016.

While you don't have to be a Jedi to know which way they responded to the mass of eligible voters, the official (somewhat humourous) response, is right here; 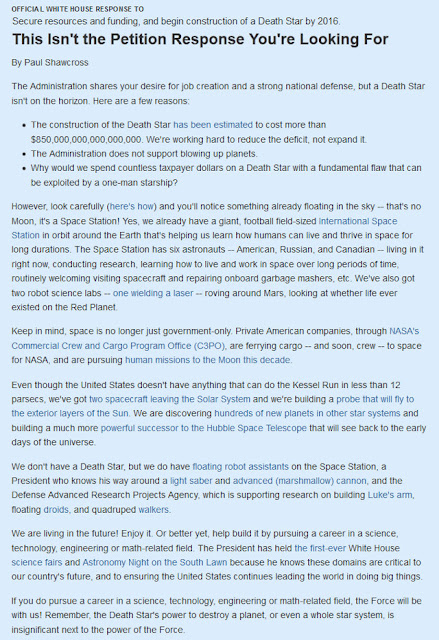