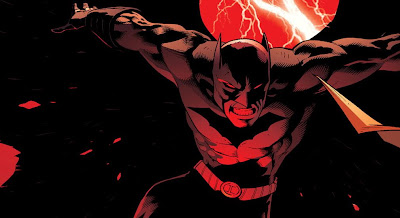 Hey guess what? The DC 52 ends in these solicitations!... Just kidding - APRIL FOOLS! (What to early?) Well while you debate that little detail, I have flipped though the best DC Comics' April 2012 solicitations have to offer, and found these here covers to be their prank-proof best. 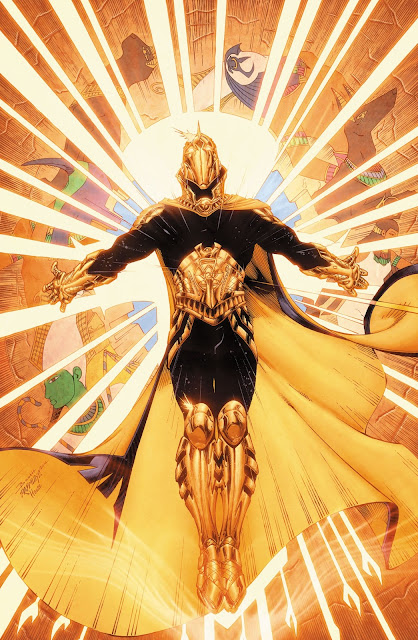 Finally - the return of another of DC's classic heroes (in both look and legend) - Dr Fate! Sure he's on Earth 2 and someone but his blue clothes in the spin cycle with a pair of new black socks, but C'mon, it's DR FATE! Plus it's a fold-out cover, what more do you need?

DC says: As Dr Fate emerges as the latest hero on Earth 2, what other heroes make a most unexpected appearance? 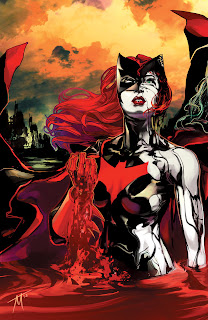 Batwoman #19
Trevor McCarthy
How times have changed. In the 90's, artists were sent back from the editors office with bollocking if the female characters didn't show skin in a way that would make a nun blush (even with the Invisible Woman)! Nowadays when a lady does such on the cover its 'artsy', 'symbolic', and 'meaningful'. That's what the PR release says anyway. Me, I like red. 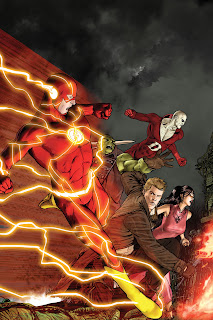 Justice League Dark #19
Mikel Janin
Something tells me to watch this Mikel guy. The best part about being The Flash? You can gatecrash any buffet, eat all the best bits and be gone before anyone spied you. Here Barry tries to do the same trick on the JLD team, only you don't want to know what kind of starters Deadman is serving.

What do you think?   Sound off below. For April 2013 solicits from other publishers as they're released click here, or for DC's full March line-up, follow the jump!
Posted by IADW at 12:01 pm