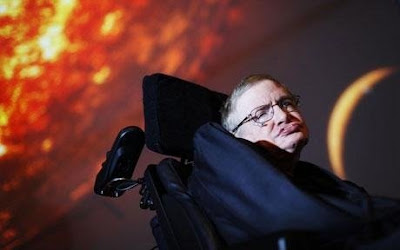 One of the most popular posts of last year was this little ditty about Cambridge University opening 'The Centre for the Study of Existential Risk'. An actual team of people researching the notion that robots could rise against us, like say Ultron, Terminator or a cranky Red Tornado have been known to do. Now, as if showing they are really assembling the 'Justice League of researchers' to combat such a threat, Stephen Hawking has joined up.

Yip, Stephen 'I'm smarter then the other six billion of you' Hawking.

For an idea on how the one of the world's cleverest craniums might tackle the challenge, we turn to that Bible of the modern ages, The Simpsons (German language version).