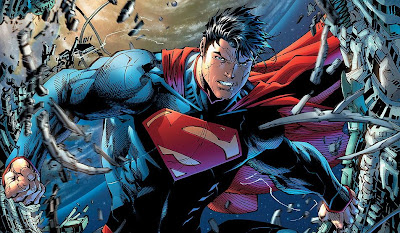 June 2013 is Superman month! Well not officially, but pretty close to it. He's got an awesome role in video game Injustice Gods Among Us, a hot new comic series by Jim Lee and Scott Snyder launching and a return to the big screen that will be felt for the rest of the year in Man of Steel. Yip, right now it's just cool to be Kal-el. At least until they dust off Mr Majestic. For their super and non-super June 2013 solicitations, these are the super-est DC covers. 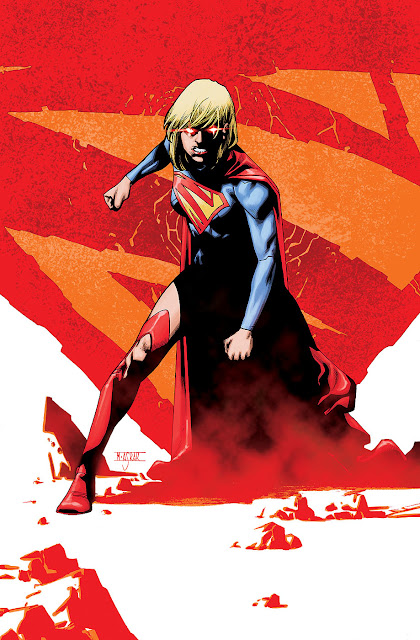 Yeah, if I was Supergirl (which I'm not) I'd be steamed too. I mean, when is my movie going to get a relaunch? I'm one of the biggest icons in comics and I have less movies under my name then Punisher or Blade? I mean what gives?! Stupid Clark.

DC says: It's Supergirl vs. the mysterious Mekka - but what is the secret of this new menace? And what is Lex Luthor's envoy Alphina planning against Kara?

Batman and Batgirl #21
Patrick Gleason
No you silly Batgirl, scones are made by weighing out a pound of butter and a pound of flour, not a Batman and a Robin. They don't make for nice scones, even with icing. Unless you're catering the Joker annual retreat. Trust me, cooking always works best when you can see what you're doing. Creates less smoke too.

Juan Jose Ryp
For some reason when I first spied this, I thought it was Captain Boomerang. Instead it's Constantine, showing that been stuck as an immortal handsome and brooding guy with glow and the dark powers isn't the hell the series writers would have you believe.

What do you think?  Sound off below. For June 2013 solicits from other publishers as they're released click here, or for DC's full June line-up, follow the jump!
Posted by IADW at 5:09 am