Having collected ol' Shellhead's adventures from the 80's up, there are only two instances I can recall, where the debut of an armour lead to a 'Hell yeah!'. One was the War Machine set of duds and the other was the Hulk-Buster. Now almost in a nodd to Hollywood execs, as if to say, 'Hey, how 'bout these guys throwing down in Avengers 2?' LMBP does a little photomanipulation on a 3D model by Mike Jensen, and the Hulk-Buster armour gets a 'Hell yeah!' once again. Funny how that works. 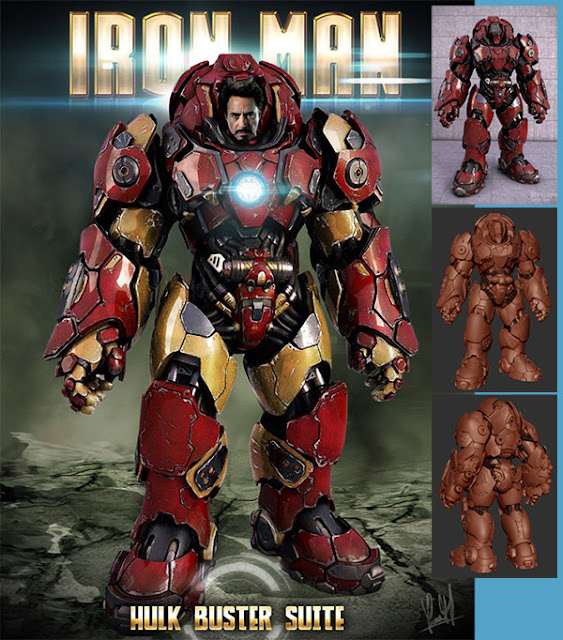 Also Hollywood if you are out there, how about this; 'Hulkbuster vs Stay Puft Marshmallow Man'. Sure it's a one-hit royal rumble, but instant visually iconic moment. I'll leave it with you. Call me.