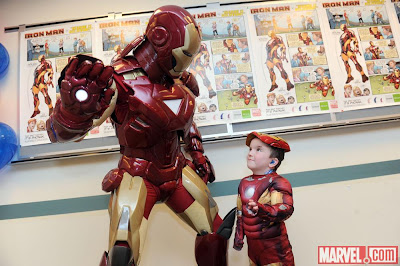 Kicked off by a team-up between Marvel and the folks at Phonak, a major hearing-aid distributor, the two companies hope to encourage more kids to feel proud about wearing their personal audio devices. Stepping up to the plate this time is Hawkeye's fellow Avenger, Iron Man, in a poster where he puts a school bully right on how technology that betters someones life is always a good thing.

Launched at a special event at the Center for Hearing and Communication, Anthony became the star of his own team-up, when the invincible Iron Man put in an 'actual' personal appearance. Sure he's filming a multi-million dollar movie at the moment, but no other hero knows more about implementing a range of technological devices to save lives - including his own. Good one Marvel. Here's the poster; 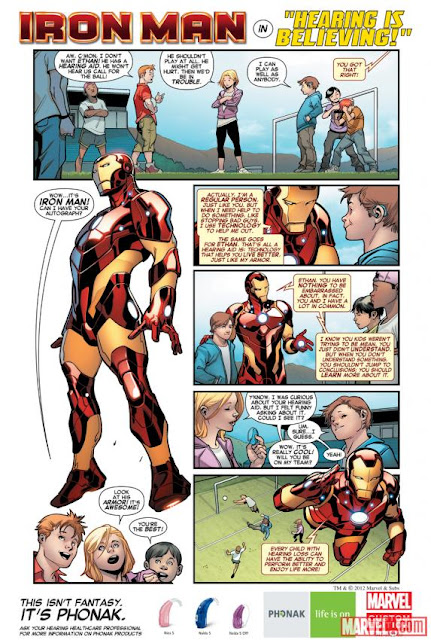