With February 2013 sporting a new Justice League of America book and a brand spanking new Uncanny X-Men too, it was like Marvel vs DC all over again. The Geoff Johns scripted JLA title ended up stealing first base, but come on, how much of that was peeps wanting to see David Finch draw Hawkman and Catwoman? As the staff at Marvel read their copies, they got to condole themselves with the thought they still maintained the lead in terms of unit share over DC by 5.57%.

THE TOP SIX COMICS FOR FEBRUARY 2013: 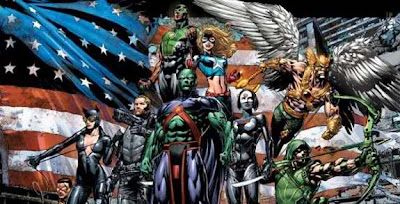 MY THOUGHTS: With Hawkman a bit of a miss in terms of his solo title DC52 launch, it's great he gets to 'relaunch' of sorts under Geoff and David in JLoA. While the Martian was brilliant in Stormwatch, it's great having Manhunter back where he belongs too, even if it is at the cost of the title sporting art by my man Chris Bachalo (Uncanny). 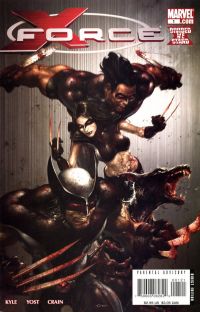 THE #1 SELLING COMICS OF FEBRUARYS PAST:

Joss Whedon's nigh-untouchable X-run climaxed in Astonishing X-Men #13 back in 2006, Barack Obama dropped in on Peter Parker in 2009's Amazing Spider-Man #583, and Wolverine led Warpath and Domino straight to the top in 2008's X-Force #1.

Full February 2013 stats after the jump.