Deadpool doesn't waste many shots in the line of duty, he'd rather whip out a one-liner about what kinda guy sets out to conquor the world in spandex... unless he's spraying the battlescene with bullet casings just to indulge a sudden exterior deign bent. One fan with a simillar artistic bone took to recreating the 'Pool's infamous facemask, using actual bullet shells, all in honour of the mince-faced mercanary. See; 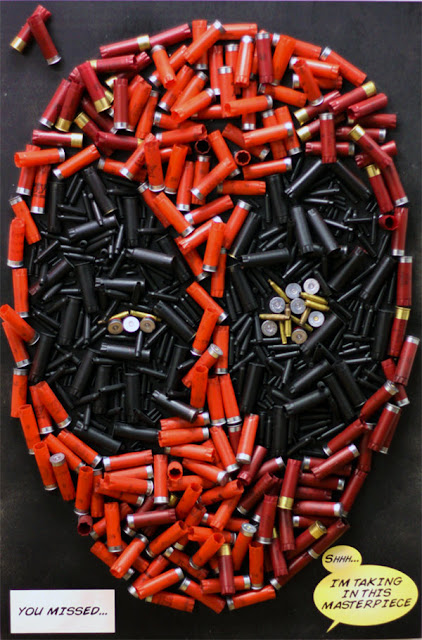 Entitled You Missed, Mike Oncley not only did this killer concept for the MintCondition Issue #2 comic book show (price tag 800 smackers), being the swell chap he is, he actually put together a quick vid on its creation too.


Maybe now he can do the Punisher skull or Domino with dominoes. Hey, I may be always hungry for more, but at least I'm flexible.
What do you think?
Posted by IADW at 10:00 pm