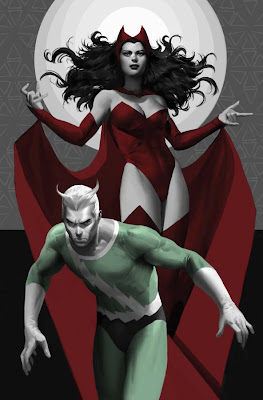 When you directed The Avengers movie into a global success beyond imagining, for the sequel, you can drop bombshells bigger than Iron Man himself. At least Joss Whedon can and did exactly that, talking to Yahoo recently. His (quoted) bomb?

"I've got these two characters, two of my favorite characters from the comic book, a brother-sister act, they're in the movie. That's exciting! You lock certain things in, there's a fluidity."

If by "brother-sister", Joss did mean Wanda and Pietro, that would mean one of The Avengers earliest, and long-standing comic-book lineups of Captain America, Hawkeye, Scarlet Witch and Quicksilver would all be stars of the film.

While it has been stated previously that both Fox (who owns the film rights to the X-Men) and Marvel Studios could each use Magneto's siblings if they wanted to, their parentage always left fans thinking they would fall on the X-side of the fence.

Scarlet Witch is one of my all time top characters (go Force Works!), and along with Ant-Man's inclusion, gives a good heads up that her amazing android hubby, The Vision may also soon be on the cards.

Still, I have to admit I also have slight hopes for another pair who serve on another representitive super-team, after all on-screen Avengers don't all have to be comic Avengers do they? 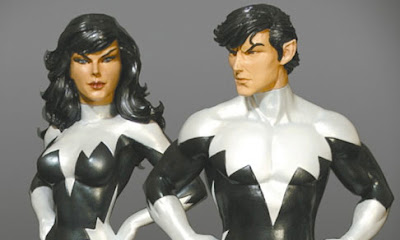