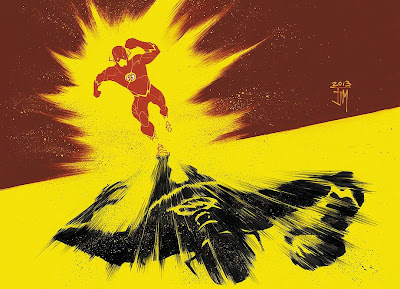 Not only do the Reverse Flash and Bane return to DC in July, they also pull out the first major hits of their long teased Trinity War, pitting three different Justice Leagues against themselves. As light meets Dark, and the Question and Pandora do ominous things with the Phantom Stranger, these three covers stand out as DC's July best. 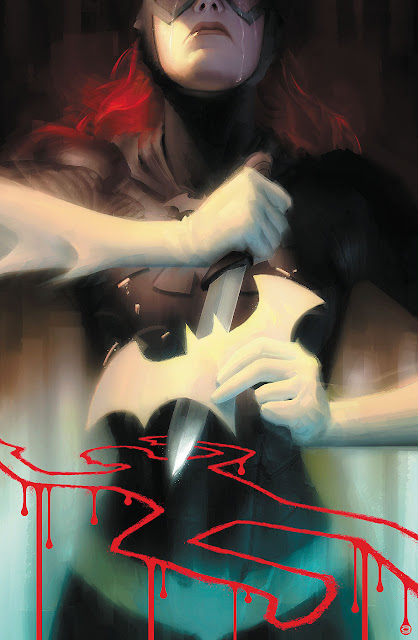 Jeez, just choose the blade or the batarang already! You'd never catch Oracle crying over such a choice! Still Barbara Gordon is awesome-sauce as Batgirl, and this cover by Alex Garner only further proves how iconic she is.

DC says: Following the recent massive trauma she's suffered, Barbara Gordon tries to move on with her life - without Batgirl!

Batman Incorporated #13
Chris Burnham
Writer, Grant Morrison will draw the variant cover to this issue! How cool is that! But with Chris stepping up with such a simple, yet effective cover, you wonder why no-one's thought of it before, something tells me Grant's is in for one hell of a challenge!

Supergirl #4
Mahmud Asrar
Sometimes you don't need to get all fancy with covers and backgrounds. Sometimes you just need to imply the cousin of the world's most wholesome super-hero is half icy cold robot. Doesn't take a Brainiac.

What do you think?  Sound off below. For DC's full July line-up, follow the jump!
Posted by IADW at 6:25 pm