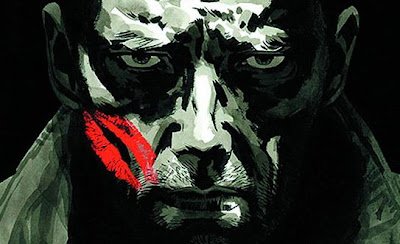 Why so glum chum? Sometimes when you look across a publishers offerings for the month, it smacks you just how much that company has going on. Image Comics in July is just that company. A jumping on point for Invincible, more Walking Dead, and a whole range of hot titles make for dynamic reading. Shaking the three best covers out of those monthly solicitations, ended up looking something like this.


COVER OF THE MONTH: JOSEPH MICHAEL LINSNER - DAWN: THE SWORDMASTER'S DAUGHTER AND OTHER STORIES 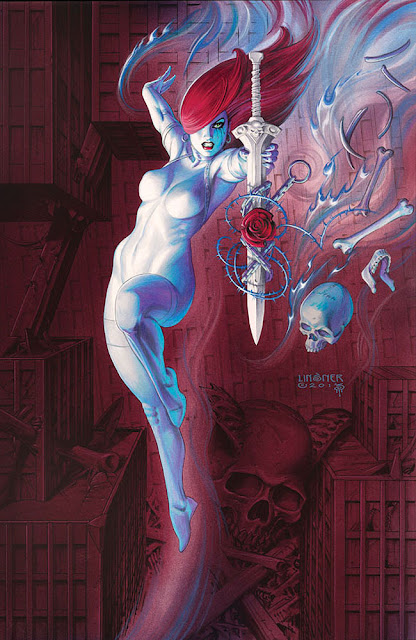 Hey, it's JML's Dawn - speaks for itself really.

Image says: In his first new Dawn comic in three years, Joseph Michael Linsner brings to life three classic tales as only Dawn can. "The Swordmaster's Daughter" shows a young Dawn inspiring Darrian to become a master swordsman. In "Samsara," Dawn learns that Death is never late for an appointment. And in "The White Phoenix," Dawn shows Darrian if it is right to fight false friends by sharing with him a page from The Bhagavad Gita!

Witchblade #168
John Tyler Christopher, Diego Bernard
Ol' Witchy has been around for a while now, but this image entices me to have a gander at what she's currently got going on as much as any number one cover would. Ladies and Demons and demonic ladies, when does that formula ever steer you wrong?

Lazarus #2
Michael Lark
Somethings in Sci-fi are just too classic images to ever let go. The lone armed figure walking down a highway is just one of them. Sometimes complicated visuals just get in the way, and something tells me anything that gets in this ladies way is only going to get hurt - bad.

What do you think?  Sound off below. For Image's full July line-up, follow the jump!
Posted by IADW at 12:33 pm