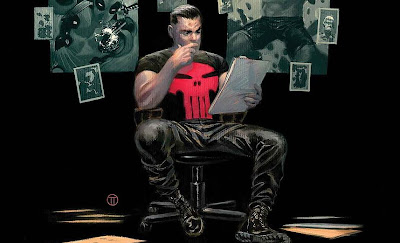 No, Frank's not reading the next Punisher movie script. July is where Marvel reveal why Castle is in the latest incarnation of the Thunderbolts. Hopefully it's a doozy, because if there is one man in comics who is best un-teamed it's Spider-Man (oops, I mean Frank). Added to that, of all the covers in their July solicitations, these three take top honours. 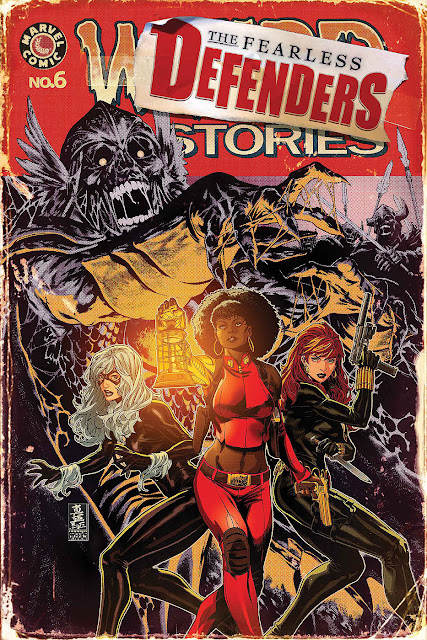 For a new series, Fearless Defenders has been blowing the sockets off eyeballs every month with it's clever cover designs. This one not only takes that awesome Marvel/EC Comics horror style of old, but mixes it with three of the best heroines in the House of Ideas and a whole pack of zombie vikings - now that's comics!

Marvel says: Still guest-staring most of the heroines in the Marvel Universe. Someone dies...

X-Factor #259
David Yardin
Recently I got a copy of X-Factor out from the library and LOVED IT, so this may have influenced this choice. But hey, it's got Shatterstar and Longshot, plus a montage that reminds you of great X-stories of years gone by - how can that not fly off the shelves?

Savage Wolverine #7
Joe Madureira
Just when you say 'I'm never posting another gratuitous (like that Dale?) Wolverine shot, someone draws him so well it twists your arm into doing so. Joe Mad may have walked away from his own Battle Chasers universe, but the guy sure knows what makes for a tight and feral cover!

What do you think?  Sound off below. For Marvel's full July line-up, click the jump!
Posted by IADW at 3:03 am