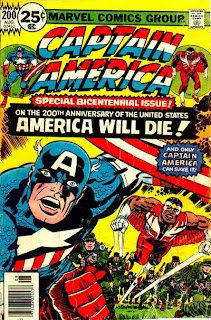 When I was a young'un, some dame by the name of 'the tooth fairy' used to break in and take a tooth formerly in my mouth, now resting under my pillow, and exchange it for whatever coinage she had rolling around in her pockets, minus lint and bubble-gum wrappers. A few years on and lastnight I got an even better payoff, with It's A Dan's World receiving it's 200th subscribed follower.

Just like the tooth fairy (who for manliness sake I'm now claiming was The Watcher from the pages of The Fantastic Four), I didn't hear or feel the numbers tick over, but I am extremely grateful to all the readers out there, who have helped make this event happen. That includes you. 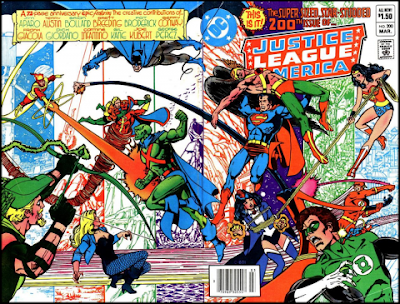 Feels good just soaking in that era of Justice League for a minute doesn't it? Forget the team's roster, click to enlarge the image and read the talent included on that lefthand banner - incredible! 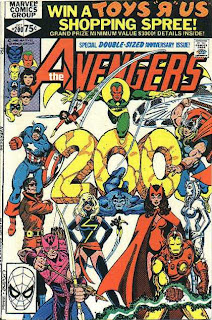 Back off that tangent, with the IADW Facebook page developing a following of its own, Twitter, and the page visits to this the core site, I am blown away on a daily basis by the time you all put into visiting my rants and ravings. The fact you return, well that is just tops. 200 registered followers merely a reason for me to pause, exhale and say 'Thanks. Couldn't have done it without you'.