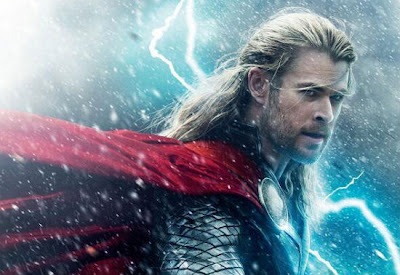 In the first Thor movie he was tasered, stripped of his mantle and powers (reclaimed them), bet both Loki and The Destroyer, died and was reborn (naturally), and drank beer. So when it comes to a sequel, you have to wonder what's left right?

Try a big stonkin' dark elf, played by Dr Who actor Christopher Eccleston, through in many of the key actors from the last solo hammer whirling flick, and you have Thor: The Dark World. The first trailer of which is right here;

Yip, that was who you thought. But how does all this lead into fellow Marvel Studios phase two film Guardians of The Galaxy?