You know what drove me insane about Masters of the Universe action figures? The hand with all the fingers outstretched - what were you meant to do with it? Sure, on He-Man you chucked a shield over it, but for the non-shield sporting majority, it's only use was in patting their opponent to death or soothing an enraged Battle Cat or Teela (nudge, nudge, wink, wink).

Yes, I do think too much and should've let that go by now. But every time I see the 80's toys my childhood frustrations rise. It should've been a fist! The thought even pops into my head when I see this MASSIVE sculpture of Skeletor by DDG Colecciones, based on the original toy of the Lord of Snake Mountain... 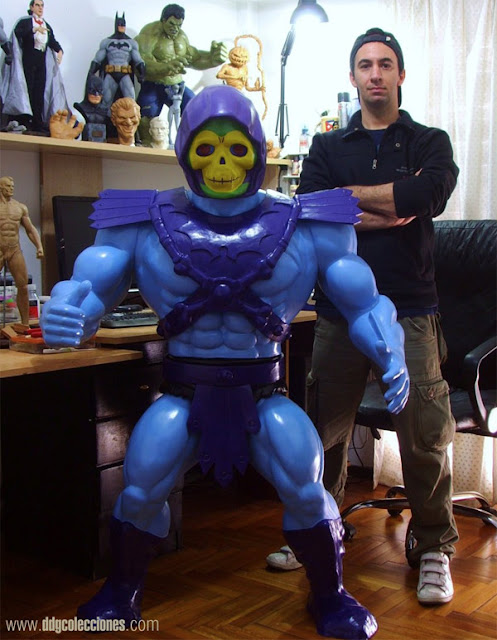 I would not have turned the lights off in my room if I had that as a kid, but on the flipside, my life would've been complete at six, so it would've all evened out.

They did his staff too? Ohh man...

What do you think?  For more amazing sculptures of everyone from Joker to The Hulk, Thundercats to Predator, visit DDG Colecciones right after the jump!
Posted by IADW at 1:19 pm