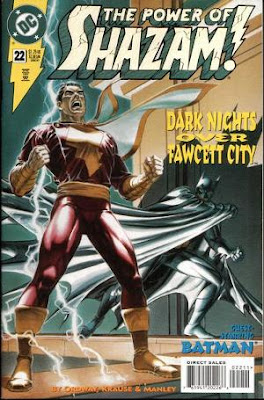 When does a legendary artist stop being a modern 'headline act'? Well Jerry Ordway is posing that question of himself over on his own blog. Highlighting the effects of perceived ageism in the hiring standards of Marvel and DC, Jerry states all he wants to do is create good comics - as he has for decades - but though still able, is increasingly overlooked.

Jerry isn't ready to be part of 'yesterdays creators' just yet, and as an artist that doesn't skimp on backgrounds, has no problem meeting industry deadlines, has done the hard yards and sold, plus loves his Superman as much as he does his Hulk, you have to ask, why should he?

Despite having done Wildstar for Image, Jerry's letter is very much aimed at the Big Two. While personally, I don't feel his style quite fits the look of the revamped DC52, there are books on all sides of the fence that show artists less equipped at telling stories through sequential pictures are taking home pay-cheques, artists that could learn allot from having the ability to work alongside knowledge like his.

While Jerry's All-Star Squadron style was doing fine in my monthly copy of The Power of Shazam!, it was in replacing Kurt Busiek and George Perez for a few issues of their criminally insane Avengers run, that Jerry hammered home his timelessness as both an artist and a writer.

The story was crisp and dynamic, didn't rely on words to be understood, and the heroes and villains moved like heroes and villains! He brought back the Black Knight and Captain Marvel (Monica) and showed in the process, he could slip onto any modern top-rater and still hit a home run. Jimmy Palmiotti comments on Jerry's post, wanting to re-team with the artist on a Kickstarter project, and Gail Simone also states she'd be wrapped to work alongside his talents. However the other creator that stuns me with comments, is writer Chuck Dixon.

Dixon expresses his mutual love and need to exist as a still vital comic creator. Having helmed one of the most solid runs across the entire Bat-family of titles, does Chuck now fade from sight? Legacy, Knightfall and my ultimate Bat-event of all No Man's Land, all happened in part under his pen. On Nightwing he was unstoppable. How can he not still be an attractive proposition for characters like Iron Fist, Black Tiger, Elektra or Deathstroke?

The more you think on this subject, the more your mind opens onto other tangents and questions, cases and queries. Sure the comic giants have modern fan bases to attract, but their characters wouldn't still be around without dependable storytellers like Chuck and Jerry, for whom the existing fan-base still hold a flame or two.

When Norm Breyfogyle stepped back into comics after a brief absence, he was joined by Steve Englehart, Steve Gerber, Barry Windsor-Smith and other 'past creators' who built The Ultraverse. Does history stand a similar chance of repeating? Could do...