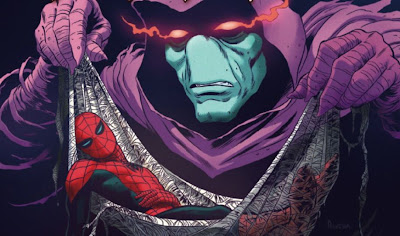 Sleepwalker, for his part was a guardian from the Mindscape, a dimension that connects all dreams, who got tricked into stepping into the mind of teen Rick Sheridan. As Sleepy fights to return home, he also emerges from Ricks mind each time his 'host' slumbers, to right wrongs here in our time.

Now, after a bit of a nap in the Marvel U, Sleepwalker wakes. Where? In this weeks Avenging Spider-Man #19. The cover is cropped above, and while it seems like all Sleepy does is make the new Spidey (cough Doctor Octopus /cough) a soft bed to chillax in, the interiors promise anything but. Here's a few preview pages to show you what I mean. 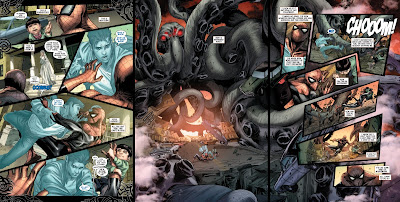 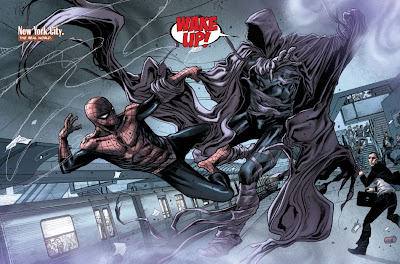 Written by: Christopher Yost. Art by: Marco Checchetto. Marvel says: Spider-Man is Doctor Octopus! There! Now, that we've got that off our chests, the mysterious being known as Sleepwaker stalks Spider-Man in the waking world, while something far more horrible has invaded his dreams! And what nightmares will the Superior Spider-Man's dreams unleash on the world?