If Image Comics had been formed by a union of disgruntled DC artists rather than Marvel's, there is no doubt Bart Sears would have been one of them. A distinctive artist with his bold, extremely muscled characters, Bart exaggerates human anatomy (like an actual image founder), only he keeps it consistent, purposeful and dynamic to behold. All of which means - why aren't we seeing more of him? 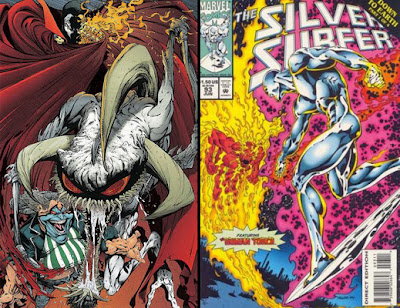 In the heights of Keith Giffen's Justice League popularity, Sears kicked off spin-off title Justice League Europe, making it look anything but second rate. Power Girl, Metamorpho, Crimson Fox and Rocket Red steamed off the page. No matter where their adventures took them, Bart drew the story with ease, nailing the backgrounds and Giffen's need for precise facial expressions. In fact, Sears' Captain Atom is still my definitive look for the character, save for that by Ed McGuinness, who if you ask me actually draws the hero in a pretty similar vein; 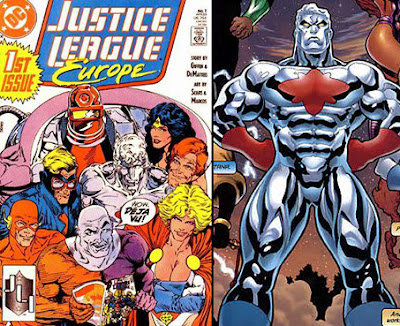 X-O Manowar was another great match for Bart's art. The bulk of Valiant's main barbarian played to his strengths, as did the various alien races and galactic scale plot. Plus, on his return to their stable, Valiant promoted the hell out of Bart - and so they should. He was an A-game artist worth jumping up and down about.

When he was picked up by the talent savvy CrossGen, Sears drew their God-like pantheon title The First. The tale of two waring almighty fractions, The First seemed a natural fit alongside his indie comic Brute and Babes (based off his Wizard How To Draw tutorials, now all available for free here). In one look you knew the characters were Gods and wondered how the Big Two could miss giving Bart a run on established 'heavenly bodies', like The New Gods or Thor. 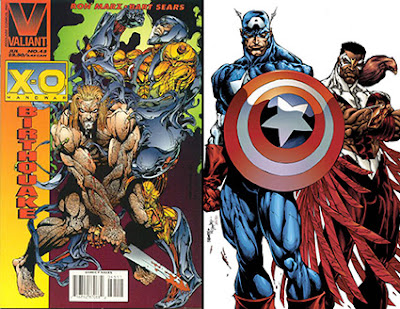 Like Steve Epting and Steve McNiven, 99% of the artists that went through the CrossGen halls walked out the other side even stronger than they went in. The next time I saw Bart, he was launching Marvel title Captain America and The Falcon. Hung on a American border drama, it was like Bart was challenging readers who had typecast him as 'that omnipotently powered character artist' to see what he could do at street-level. And boy I can tell you, no one could clip the wings he gave the Falcon that's for sure!

Nowadays, there's a strong vibe that Bart may resurface at Valiant Entertainment, which would be ideal, as they have a real 'swing for the fences' mentality right now that would suit him perfectly. Just imagine Bart Sears on Rai! That aside though, be it on anything from Power Man to Prime, Bart Sears - I just want you back.