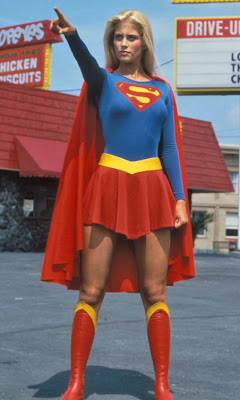 I am Kara of Argo City, daughter of Alura and Zor-El, and I don't scare easily.

With Kara Zor-El heavily rumoured to be in the upcoming blockbuster Man of Steel (and even featured in a preview comic for the film recently released by Walmart) I thought it a good time to flashback to Kara's first live-action solo feature, Supergirl.

While that shared feeling would have been a lot stronger had Reeves not pulled out from appearing in the film, forcing last-minute rewrites, the resulting uncut version is a fun, light-hearted feature. One that swaps Kryptonite for magic, Metropolis for Midvale, yet still features the same Jimmy Olsen.

As we meet Kara Zor-El (Helen Slater), she is an imaginative, fun-loving teenager who feels trapped within the Kryptonian splintered civilisation of Argo City. Finding hope in Zaltar's (Peter O'Toole) talk of locations such as Earth, her antics see one of the city's core power devices lost to the vastness of space and her stealing aboard a lone spacecraft to retrieve it.

Que triply space sequence. Landing on Earth, into the hands of practising witch Selina (Faye Dunaway), the Omegahedron's power quickly exploits the dreams of domination she holds dear and can now realise with Superman reportedly "off-world". 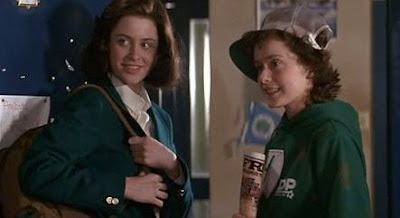 Having his cousin land a few feet away and revel in her new found powers, which seem to include generating a school uniform and backpack out of thin air, Supergirl goes undercover as Linda Lee at the same girls school as Lucy Lane. Yup, Lucy Lane as in her just-as-tenacious sister is... well, you know.

With Kara's comedic sidekick sorted, Selina receives one of her own in Bianca (Brenda Vaccaro) who potshots some of the plots cheesier 'Age of Aquarius' type moments with actual LOL one-liners (LOLOL?). Fertile ground, especially as Selina abandons her plan to make the world fall in love with her, when her hexed heartthrob Ethan falls for her heroic nemesis instead and she sets out to get him back. 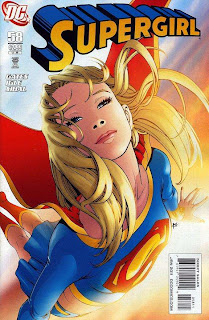 Invisible monsters and runaway construction equipment may not stretch the special FX budget as they do your sense of believability, but Slater never falters in her portrayal of 'The Maid of Might'. Regardless of if she is beholding the wonders of Earth or powerless and distraught banished by Selina to the Phantom Zone.

While the Superman films never showed us these barren landscapes, Supergirl's strongest moments are found here, as a familiar face is found and the tables truly turn.

Sure this film may not critically share the same first letters as it's comic book heroine, but after a hard day of doing what you do and just needing some mindless laughs, it'll probably be just the right kind of 'super' you need.

It should've stayed on the cutting-room floor:  When Linda Lee first meets Lucy Lane, the latter is reading an Incredible Hulk comic, promoting Marvel, DC's main opposition, in a Supergirl film! What no one could find a copy of Wonder Woman?

Did you know?  In the original movie poster for this film, The Statue of Liberty holds her torch in her lefthand. Now something about that just ain't right.
Posted by IADW at 6:03 am