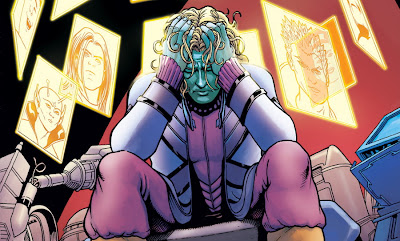 Well that moment all Legion fans are familiar with has finally rolled around. In August the latest Legion series comes to a close, along with Etrigan's Demon Knights, Dial H and Threshold. While we wonder how long it will be until we see the magic of the 31st century again, looking at the rest of their August 2013 solicitations, these are the best covers. 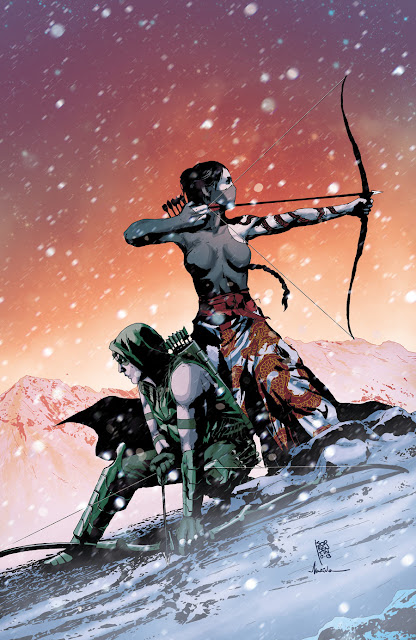 If the composition is clean and the angles are working, sometimes that's all it takes for a cover to work. While Green Arrow and his buddy may have each other's backs to ward off DC's cancelation team, with a hit TV series in the works, I think they're pretty safe.

Earth 2 #15
Juan Doe
Maybe the reason why the folks from Apokolips like to rule so much is it gives them a great opportunity to display their graphic design super powers in a range of domineering posters? Is typography Darkseid's true super power? Seems like it!

Sound off below. For DC's full August line-up, follow the jump!