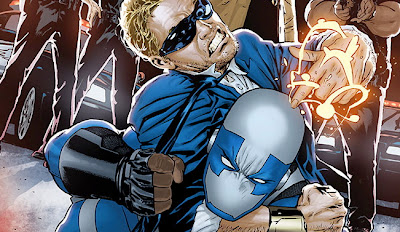 'Is it here yet?' That's my new strapline for Valiant Entertainment. Not because their books are ever late or anything, just I know Ninjak is on the way (and possibly Rai), and I have as much patience as your average spaniel for them to arrive. So when I see a new batch of solicits with their name on it, that's the first question I ask. As I flipped through their Rai free August 2013 solicits however, these are the best covers I spied. 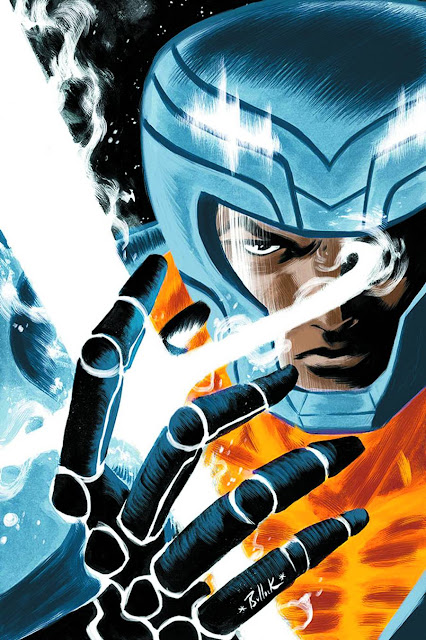 It's Justice League: The New Frontier meets a barbarian fresh from Planet Death. While those two styles may not seem to mix, the talented hands of Dave Bullock sure do pull 'em together nicely.

Valiant says: Old soldiers, new enemies. X-O Manowar and the Eternal Warrior. Once they were brothers-in-arms, comrades sworn to the same cause. But now they find themselves on opposing sides of a battle for the very fate of civilization itself.

Aric of Dacia, and the immense power that he wields, have the potential to the plunge the world into a new era of war, and the only man who can broker a world peace also happens its to be its most fearsome warrior. But can Gilad settle this conflict with words rather weapons? And does he know how? As the world watches, two of Valiant's most fearsome heroes will meet once again - and the outcome of their latest clash will decide the fate of us all.

Bloodshot #0
Dave Bullock
Did anyone else do covers for these guys in August or did Dave have sole access to the vending machine? Now I can't get 'vending machine' out of my head - curse you M&M's!! Yet I know once I find one I won't be able to get this cover out of my thoughts... must I always be haunted by sweet things?

Harbinger #15
Rian Hughes
When I see this cover, I think 'Wow, that's very 80's' but maybe it's in again and I'm not with it any more. I used to be with it, then they changed what 'it' was. If they had just left it at Transformer cartoons and a DC with one or two crises and the world wouldn't be in the state it is now, trust me.

What do you think?
Sound off below. For Valiant's full August line-up, follow the jump!
Posted by IADW at 11:48 pm