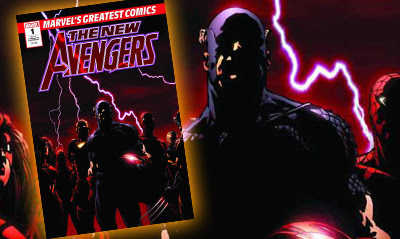 Vision had been ripped apart by She-Hulk, Hawkeye had died and The Scarlet Witch was responsible for all. Yip, after writer Brian Michael Bendis butchered my favourites in the climactic storyline Avengers Disassembled, there was no way I was picking up The New Avengers #1. Sure he was bringing back Luke Cage and Spider-Woman, but I didn't care. He could kiss my @$$. Wallet was staying shut.

For a few years at least. Six to be exact.

Then, in the back of an isolated comic store, I saw issue #1 and forked out a few bucks to read it in the bus-stop on my way home. It had Daredevil in the form of Matt Murdock. It had Luke and Spider-Woman. And it kicked off the new 'JLA of the Marvel Universe' by pitting them against one of my childhood favourites: Electro. Yip, Electro. 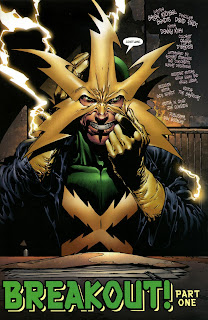 Sure he is backed by a shadowy mastermind, but Electro is the central 'bad' of the debut issue. Heck, from the moment he turns on his costume, you know he's got the power to do it. That and the fact artist David Finch is about to deliver the run/work of his career, and boy does he ever.

With The Avengers disbanded, Electro is sent to create an authority distracting breakout at super-vilian island prison, The Raft. Unbeknown to the electric rouge, Murdock, Cage and Foggy have landed on the island ahead of him to interview their latest client, under the guidance of S.H.E.I.L.D. Agent Jessica Drew the first "and best" Spider-Woman.

Though as Electro makes his move, it's not Spider-Woman who Finch draws flawlessly, but her better known male namesake. Seeing blasts strike the prison, Spider-Man swings in The Raft's direction through one of those 'That's how Spidey should be drawn' moments. That is until his ride is downed and another hero comes to his aid... 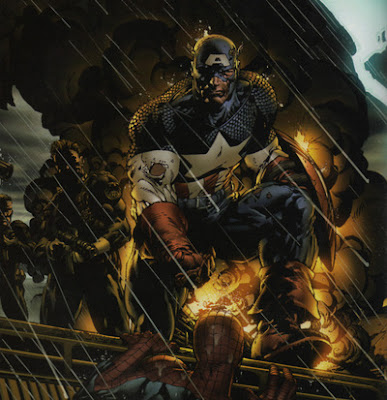 It's this drip-feeding of the full roster in the first issue that the writer known for 'talking faces' masters so well. He starts with the legal world he took to new heights in the pages of Daredevil, and escalates the action until it is naturally too big for just one hero to handle. Just like the intro to Earth's Mightiest has said for decades.

The pace is steady not frantic, yet as Typhoid Mary, Molecule Man, Grey Gargoyle, The U-Foes and plenty more just as evil spill out onto Finch's atmospherically rendered prison halls, the saviour of Foggy Nelson is not Cage or Jessica. It's their 'client', a man who is more powerful than most and a suspected murderer at that.

Sure Bendis murdered Vision and Hawkeye, but finally reading this issue made me the one that was guilty. Had I not needed my bus and gone back for #2 straight away, I probably would have been 'She-Hulk angry' at myself for not originally grabbing them all the way home.