Making A Mark gives an insanely talented artist some IADW brag-space. Today goes to Canadian illustrator Phil Postma, a guy who who has a series of works highlighting something pretty sacred to many of us, the Kenner Super Powers toy range of the 80's. From Robin to Riddler, they are all there, delivering one massive 'KA-POW!' of nostalgia with each piece. Like with this one for example; 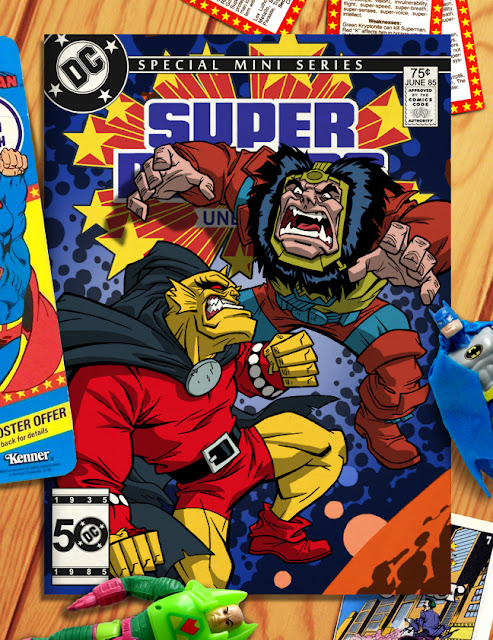 Etrigan the Demon, never got his own Super Powers toy - although on looks alone, I would've grabbed one - this poster is crazy cool. Just look at all those Kirby dots as Kalibak lunges forward! 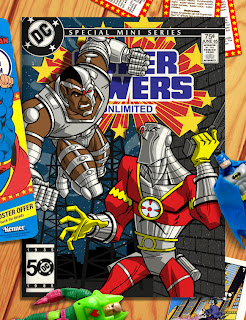 Postma's style is a brilliant fit for the retro franchise as well. It's not too Bruce Timm, but still cartoony enough to fit in with the pop stylings of the core logo.

Plus look at that surrounding frame. I have that Batman... and that Lex Luthor! Even the power cards scattered at the top distinctly bring back memories of how cool these toys were. And yes, Deadshot should've had an action figure too. 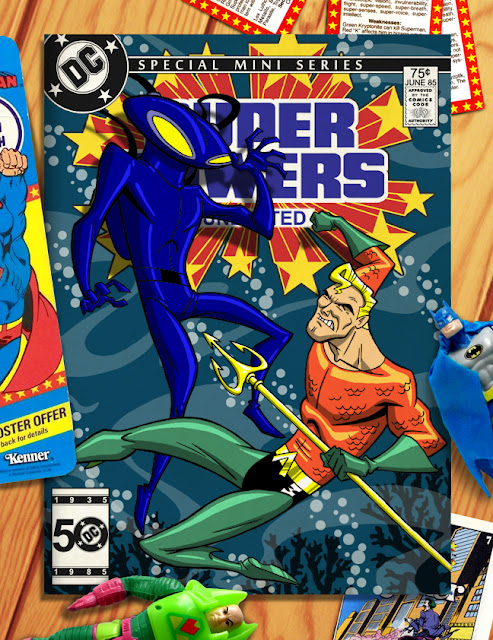 After his recent A-grade transformation in the pages of Aquaman, how can you not feature Black Manta vs his arch heroic rival? It proves if this poster range was actually preview art for a series, money would've already left my wallet by now! 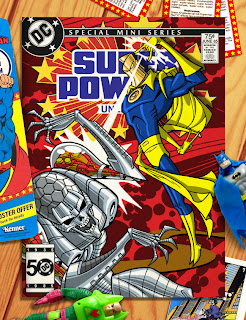 I thought the least I could do is end on an image that featured two guys who each had a place in the toyline itself. Besides, isn't it great just seeing the classic DC Bullet back again?


What do you think?  To see the full range of his Super Powers homages, from Superman vs Bizarro to Penguin vs Red Tornado (not to mention all Phil's other awesome artworks), click the jump!
Posted by IADW at 7:54 am