MAKING A MARK: Richard Cox - Turning The Competition Black And Blue With Every Stroke

Making A Mark gives an insanely talented artist some IADW brag-space. Today goes to American Richard Cox, and his stunning ability to use a pretty limited colour palette to extract some pretty unlimited results. Hey, don't just take it from me, ask Carol Danvers; 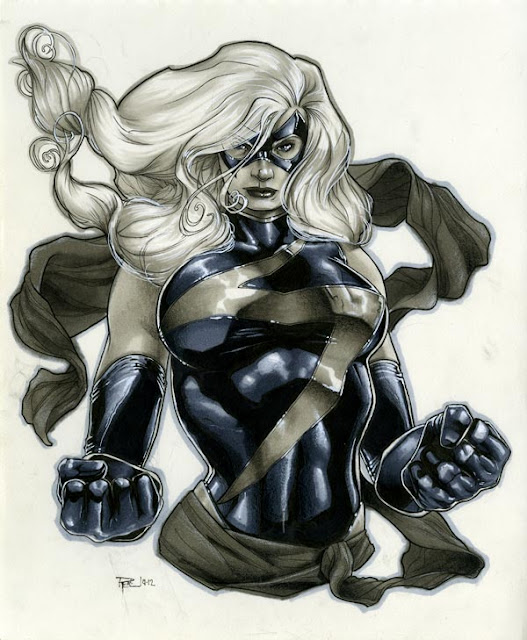 Somehow I see her saying 'Say the name 'Rouge' one more time'. Using a mix of COPIC markers and coloured pencils, Richard gives each piece a realistic hue. Now if only they would announce Ms. Marvel in The Avengers movie sequel! 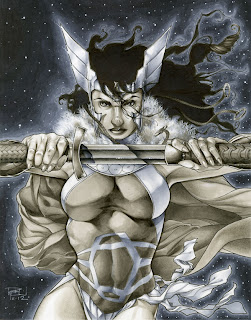 Speaking of Marvel's dangerous divas, check out Richard's version of Sif! This is one Asgardian whose stock is rising with the renewed attention in the Thor franchise - and here she looks ready to take that attention head on!

Only fitting since Cox is also behind a web-comic adaptation of Edgar Rice Burroughs' A Princess of Mars, which you can read right here! 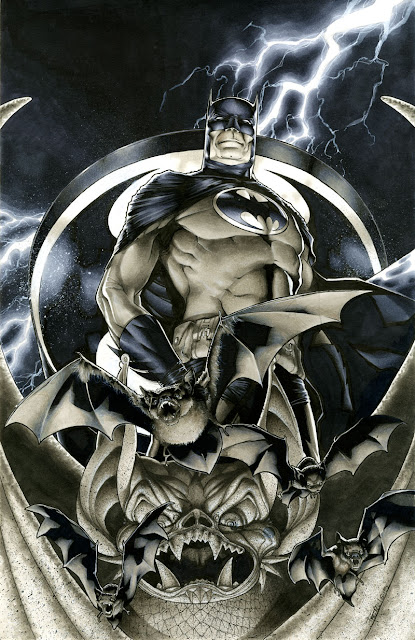 One of the things I like most about Richard's gallery is that it features many odd choices for an artists sketchbook, such as Lady Blackhawk, Silver Sable, Cloak and Dagger and more. However there's just something about how Cox draws the bat-signal that makes his Batman hard to go past! 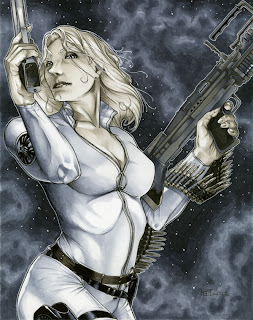 See - how many galleries do you know of feature Sharon Carter, Agent of S.H.E.I.L.D.? The way she looks down at the camera shows this lady needs no Captain America or Nick Fury to make evil think twice!

What do you think?  To see Richard's full gallery (you have already visited his online comic through the link above haven't you?) click the jump!
Posted by IADW at 1:38 pm