Making A Mark gives an insanely talented artist some IADW brag-space. Today goes to a female illustrator/painter, Sandra Chevrier, who has created a series of haunting yet beautiful painted portraits, collaged with DC's best icons, like Supergirl, Batman and the Justice League. No doubt the one below has caught your eye already... 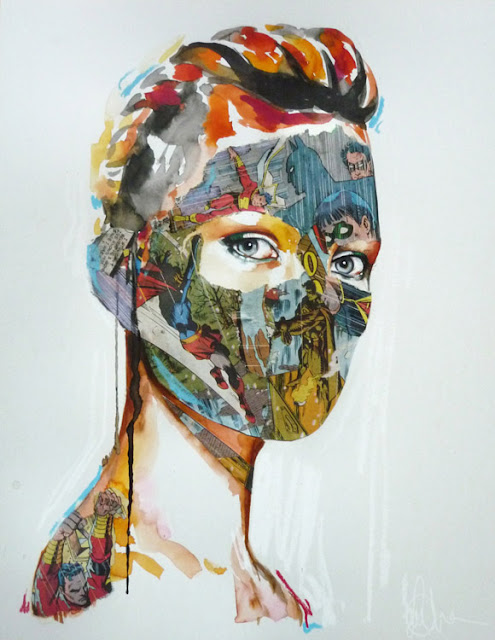 As your eyes scan each part of this series, you go from deciphering the comic stips and characters involved, to 'zooming out' and appreciating the entire work. Those eyes sure hold yours don't they? 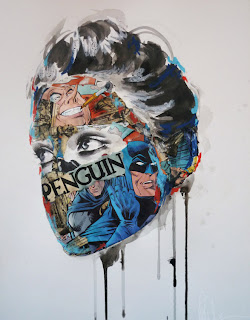 Hey, mix in DC's heavy-hitters, and you need a Batman number in the mix don't you? Not only does the choice of characters seem to dictate the colour palette of the painted areas, I can't think of a better bat-rouge for this piece than the Penguin!

Based in Montreal, Sandra's mysterious paintings almost have a political feel, which just adds to the contrast of the media and their overall ambiguity. 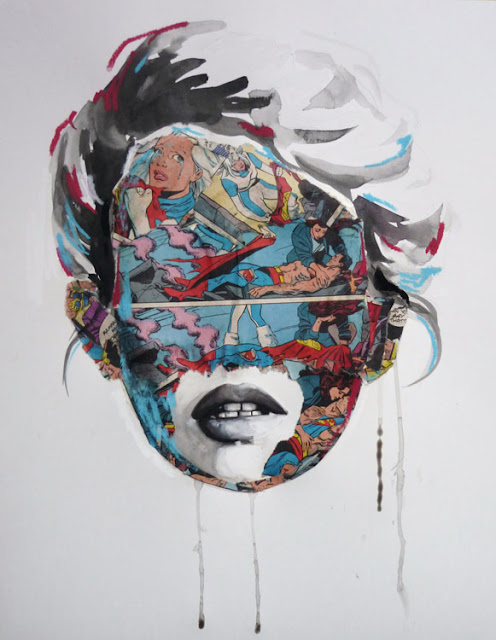 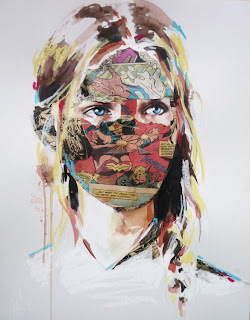 Blinded by Ice at the death of Superman. I had that issue! Collage is always harder then it looks and the choice of scenes here would have to be carefully chosen. See how in the one to the left, Wonder Woman is so iconic, the other strips used are free of faces so as not to compete!

What do you think?   To see all of Sandra's comic collages, from Green Lantern to Star Wars and more, click the jump!
Posted by IADW at 9:38 am