Not many artists can claim co-creating a character with Stan Lee to their credit, but with Marvel's Ravage 2099 under his belt, former military man and comics artist Paul Ryan can. As other fads have come and gone, Paul has been a reliable source of what I call a "classic comics" illustration style for decades - and he's just getting better. All of which means - why aren't we seeing more made of him? 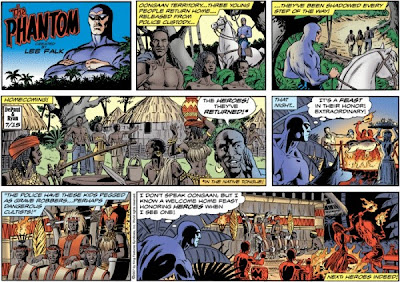 By 'more' I don't mean more work. Currently Paul is kicking tail as the artist of King Features Syndicate The Phantom strip. It's some of the most detailed art Ryan has ever produced. Reportedly he has negotiated the volume of his workload with the publisher to an output that suits him just right - so that knocks 'more' out of the question. 'More made of him' though means the current artist on The Ghost Who Walks deserves a rise in respect for the massive body of work he has already accomplished - and he does.

I first found Paul's pencils in the pages of Avengers West Coast, pitting the Westies against the Legion of the Unliving. Written by John Byrne, the issue laid the plans for a dark Scarlet Witch, but it was Ryan's artwork bringing the dead to life. For me, having just brought a copy of the fabled How To Draw Comics The Marvel Way, Paul's ability to visually tell a story, his perspective and knowledge of anatomy were living proof of what the lessons were talking about. Wonder Man especially had/has never looked so cool - his eyes burned with energy! 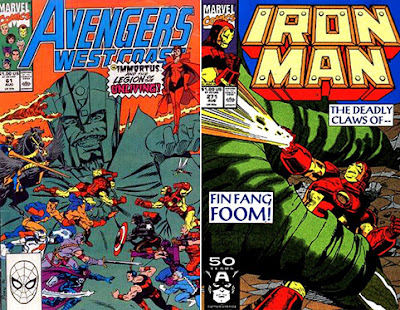 Byrne must have thought so to. The next time Paul stumbled into my pull-list was when the infamous writer took over Iron Man to write the incredible Dragon Seed Saga. Pulled in to pencil, Paul brought with him the clean compositions and rounder Iron Man armour he'd perfected in Avengers West, reintroduced The Black Widow and tore apart how readers visualised both The Mandarin and Fing Fang Foom.

Unhappy with working on just a handful of my favourite titles, Paul's biggest stint came on my ultimate addiction: The Fantastic Four. From the death and return of Reed Richards to the Image Comics-ising of the Invisible Woman's outfit, Paul had one of the longest illustrative runs ever on 'The World's Greatest Comic Magazine'. His crisp pencils homaged the Stan Lee/Jack Kirby run that inspired his younger mind. 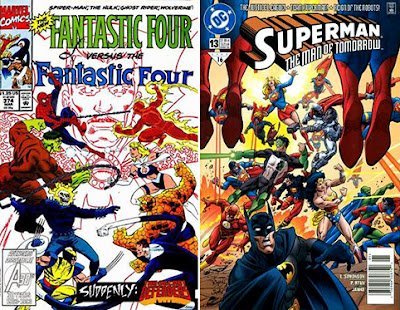 After eleven massive years at Marvel, Paul left for other pastures as the House of Ideas turned towards Heroes Reborn. For DC he graced the Batman and Superman titles - the later another of his great influences, thanks to the likes of actor George Reeves and artist Curt Swan. He also drew Legion Science Police, writer Grant Morrison's The Flash and more, until he was nabbed by talent savvy CrossGen.

Having helped marry both Spider-Man and Superman (separately, not to each other - that really would be career defining), Paul Ryan deserves his place in comic history. While no amount of acclaim could ever be enough, this article is my way of giving him a little bit more.

What do you think?   To see Paul's stunning work on the current Phantom strip, you can subscribe for a really small fee here. Paul Ryan himself runs his own website outlining his full career right here.
Posted by IADW at 8:21 am