IT BEGINS AS A WHISPER: The First 300: Rise Of An Empire Trailer Draws Blood 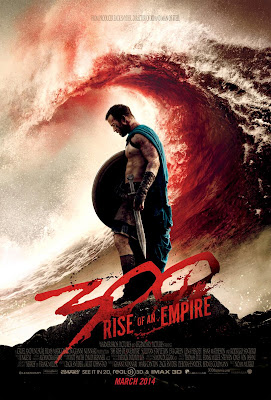 I wonder how they resisted naming the sequel '300 +1'. Putting my inner child aside, the first trailer for 300 Rise of an Empire is here. While it's not THAT Empire, there is no doubt from the looks of this film Xerxes' army could pose a threat to any galaxy if given half a chance.

Again a hardy few stand determined to halt the Persian's forward march, with all the blood, brawls and biceps of the film's iconic predecessor.

Man, Frank Miller has got to be proud of what his 300 graphic novel has inspired.