SALES PITCH: The Top Selling Comics of May 2013 and Mays Past

Approaching the year's halfway point something pretty reminiscent of former May sales charts happened. The top spot, went to an X-book. Considering it was X-Men #1 - a title starring the franchise's most marketable lady folk, you could say it was pretty pretty. Could. Although nearest rivals DC did narrow the unit share gap, Marvel still took top honours, with a distance of 6.6%. 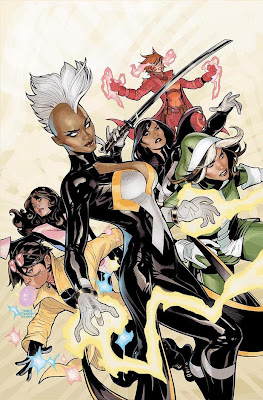 MY THOUGHTS: It is great to see Age of Ultron holding firm on the list. Unlike other 'events' of its impact and size, Age of Ultron has been pretty much a self-contained story, despite it's potential. Delivering event sized blows to the gut but not to the wallet - just like the old days!
Full May 2013 stats after the jump. 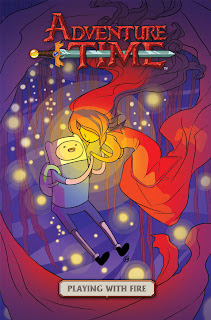 The graphic novel stopping my beloved Saga from getting the top spot of the trade paperback chart this month? Adventure Time: Playing Fire from BOOM! Studios. Yup, BOOM! Studios took out #1. While this original graphic novel is the first volume of it's kind, this marks even more of a sign of the diversifying tastes of comic readers. Heck, capes don't even register on the list until spot #4! Great stuff BOOM! 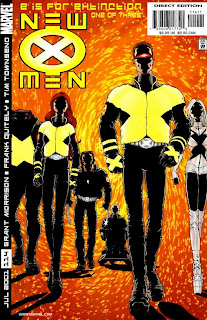 THE #1 SELLING COMIC OF MAYS PAST:

That X-May tradition I was talking about before? Check this out. In 2003 a new Greg Rucka written Wolverine #1 stole first spot. In 2004 The Avengers movie director Joss Whedon helped unleash Astonishing X-Men #1 upon the world, and back in 2001, Grant Morrison wrote the beginnings of his equally fantastic run on the x-franchise in New X-Men #114.