Right now Superman is crunching box-office records all over the globe, and while few heroes deserve that treatment as much as the original super-hero, he's not the only pebble on the beach. Comics are littered with valiant folk from other planets!

While your usual top ten aliens list is hogged with the likes of Silver Surfer, Starfire, Supes and Martian Manhunter, I like to expose the other equally great (if not better) concepts one row back. Like these; 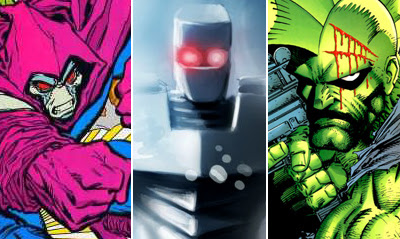 10) SLEEPWALKER An officer in a corps of aliens that patrol access to the sleeping 'dreamscapes' of all minds, Sleepwalker actually looks like an alien and not just a Swimsuit Illustrated model with coloured skin. Although if he knows my dreams, he's probably seem them too.

9) ROM SPACEKNIGHT Okay so ROM didn't debut in comics, but I'm afraid of what Dave would do if I left him out. Inspired by the toy, this cyborg fought a war against the threat of the Dire Wraiths, with little but a gun, a name and a prayer to back him up.

8) SAVAGE DRAGON Erik Larsen's infamous creation lands on the streets of Chicago, as a green-skinned, mohawk-finned police officer. From super-freaks to God to The Devil, he takes on 'em all. The only constant - the bookie favours each match to be bloody. 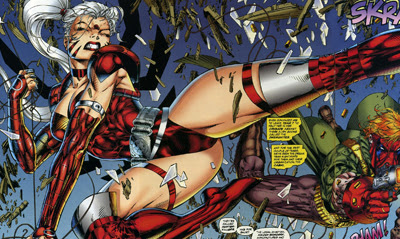 7) ZEALOT The first flagship lady of Image/Wildstorm comics, and the bod that launched 1,000 dreams in the 90's, Lady Zannah of Khera spent millions of years after crashing on earth, protecting an oblivious human race to an embedded shape-shifting Daemonite threat.

Who are the top six 'other strange visitors from another planet?  Click through to the next page and find out!

6) ORION Sure Mister Miracle is my favourite of Jack Kirby's New Gods, but as a creation to comics in general, the second son of Darkseid just breaks ahead onto this list. The hot tempered scion keeps his dark heritage in check as the heralded Dog of War. 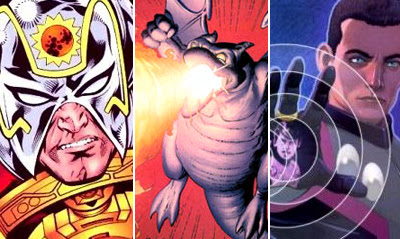 5) LOCKHEED Sure the X-Woman Shadowcat has been trained by Wolverine himself, but we all know it's really her 'pet' Lockheed that has her back. A hero and fighter of his people against the Brood threat, he can also provide comedic relief or frank opinion in equal doses.

4) COSMIC BOY As a teen united nations of planets, The Legion of Super-Heroes could bounce all over this list just like Bouncing Boy. Putting aside Dawnstar, Tellus and others, it is Rokk Krinn whose steele and mettle has held the Legion tight since its earliest days! 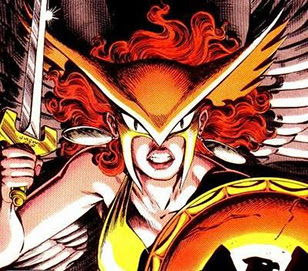 3) HAWKWOMAN Move aside girl - being a Hawk' is a woman's job. Back in the day, Shayera Hol was the brains of the Hawkman operation. As a member of the Justice League and a space cop, Shayera was a winged wonder all on her own. 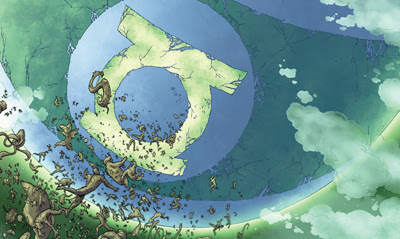 2) MOGO Dave Gibbons and Alan Moore didn't just build Watchmen - they birthed a warrior planet into the Green Lantern Corps. Able to suck opponents to his surface and 'decompose' them, this living planet creates one hell of a shadow on the battlefield or as the GL's ring-matcher and training ground! 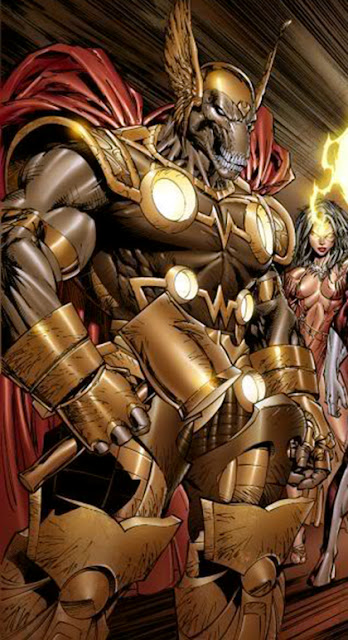 With a personality that belies his fiery equestrian-like looks, Bill can be just as intimidating on the field of battle as his enchanted hammer Stormbreaker. A member of Omega Flight and The Annihilators, if Hollywood thinks Thor is cool, just wait until they get ahold of Thor's galactic one-time rival! Actually, with The Avengers set to tie in with The Guardians of The Galaxy movie, they just might!

What do you think?  Kilowog? Gladiator? Lilandra? Invincible?Marrina? Who do you think comics' other Top 10 Strange Visitors From Another Planet are?
Posted by IADW at 11:47 am