SWEET AS: The Best From IDW Publishing's September 2013 Solicitations

When we Kiwis find something we like, we say it's "Sweet as". From The Powerpuff Girls to Danger Girl, when I'm looking at the best and new releases from IDW Publishing for September 2013, these comics here make the 'Sweet As' grade:

COVER OF THE MONTH:  GREG STAPLES 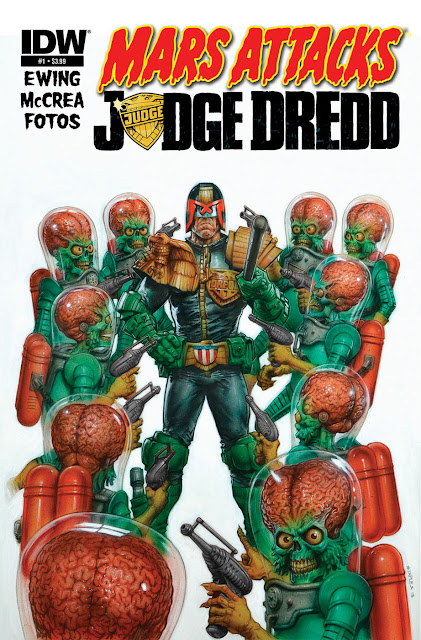 Normally Judge Dredd says 'I am the law!' but here he looks like he's saying 'Say "Narrp, narrp" one more time and this truncheon is going up your..." well yeah you get the point.

IDW says: The Martian mayhem overtakes Mega-City One! During the annual meeting of the Mega-City Mafia, a new boss makes a play for power thanks to a mysterious benefactor. Meanwhile, Judge Dredd conducts a routine bust that turns out all but routine when he makes a shocking (and disgusting) discovery! 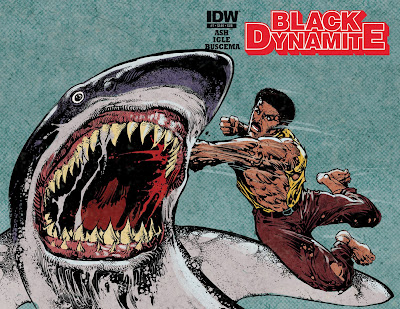 THE HOT OUTSIDER:  BLACK DYNAMITE #1
(W) Brian Ash (A) Jamal Igle & Sal Buscema
The baddest kung-fu cat to ever appear on screen is coming to comics so you suckers better duck! Former CIA agent, international ladies man, and sworn ass-kicking enemy of The Man... he's Black Dynamite--and he's about to walk into the most dangerous journey of his life!

POWERPUFF GIRLS #1
(W and A) Troy Little
Citizens of Townsville, fear not! The Powerpuff Girls are back! In this IDW debut issue Blossom, Bubbles and Buttercup are back to take down the meanest of the mean and the ugliest of the ugly! Plus, what fiendish secret is Mojo Jojo hiding? The answer is sure to surprise!

MAGIC: THE GATHERING ONGOING #1
(W) Jason Ciaramella (A) Martin Coccolo
Dack Fayden returns! After eliminating Sifa Grent, the Planeswalker that destroyed his hometown, Dack has settled down in Ravnica to do what he does best: break in and steal the secrets from Ravnica's rarest artifacts. But upon uncovering the half of a strange gauntlet, Dack is led to a strange new plane: the realm of THEROS, a sun-dappled ruled by gods and inhabited by mythological beasts!

DANGER GIRL: THE CHASE #1
(W) Glen Brunswick (A) Viktor Bogdanovic
On the trail of a vitally important--and wildly volatile--briefcase, the Danger Girls enter into what amounts to the most treacherous and dangerous game of hot potato of all time! Abbey, Sydney and Sonya use any and all means to traverse towns, cities, states, countries, continents in their relentless pursuit to retrieve--and keep--this unstable ticking time bomb... before it begins its countdown to danger!

BLACK DYNAMITE #1 (As above)

What do you think?  For IDW Publishing's full September solicitations, click the jump!
Posted by IADW at 9:59 am