SWEET AS: The Best From Valiant Entertainment's September 2013 Solicitations

When we Kiwis find something we like, we say it's "Sweet as". From Harbinger to Quantum and Woody, when I'm looking at the best and new releases from Valiant Entertainment for September 2013, these comics here make the 'Sweet As' grade:

COVER OF THE MONTH:  RAFAEL GRAMPA
BLOODSHOT AND H.A.R.D. CORPS #14 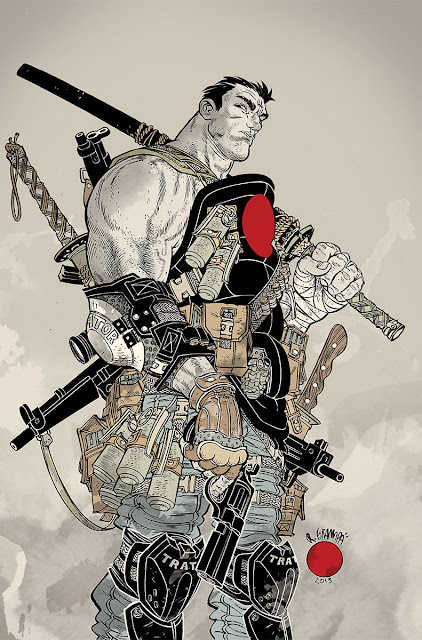 Just as Bloodshot becomes Bloodshot and H.A.R.D. Corps comes this cover of the man himself sporting enough gear to be a one man army!

Valiant says: New arc! New creative team! The world's most deadly soldier has a new assignment. Out of the ashes of Harbinger Wars, Bloodshot is about to join the weaponized men and women of the Harbinger Active Resistance Division -- the black budget, technologically-augmented strike force where the powers are dangerously unstable and every mission is a one-way ticket into the meat grinder. With a reluctant leader calling the shots and a new crop of untested rookies manning the frontline, Bloodshot is about to take H.A.R.D. Corps behind enemy lines and into a gasoline-drenched, synapse-snapping suicide run where no one is safe and heroes always die trying. 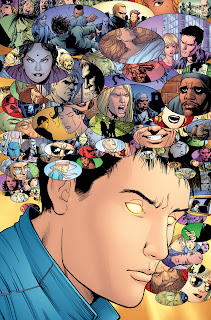 THE UNDERCOVER CREATIVE:  BARRY KITSON
Harbinger #16
Kitson's clean yet heroic artwork earned him a lifetime of gratitude and fan support from yours truly when he helped unleash the unbeaten JLA: Year One with fellow Empire and Legion of Super-Heroes collaborator, writer Mark Waid. Knowing his dynamic detail is in play on Valiant's Harbinger title, means the kids maybe on the run, but they have rarely been in better hands. 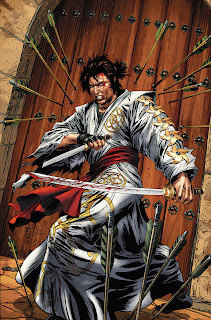 ETERNAL WARRIOR #1
(W) Greg Pak (A) Trevor Hairsine
Across ten millennia and a thousand battlefields, Gilad Anni-Padda has traversed the darkest, most mysterious corners of history. But the horror and bloodshed of constant warfare has finally taken its toll on the man myth calls the Eternal Warrior and he has abdicated his duties as the Fist and the Steel of Earth for a quiet life of seclusion. But when a blood vendetta from the distant past suddenly reappears, he must decide if he will return to the ways of war for the child who betrayed him thousands of years ago.

What do you think?  For Valiant's full September solicitations list, click the jump!
Posted by IADW at 8:45 pm