CAN I GET A POISON IVY, HOLD THE OLIVES The Batman Pizza That Can't Be Topped

If a Batman fan ever had to deduce a series of rorschach tests, their answers would be; 'The Batman Bat', 'The Batman Bat', and 'The Batman Bat'. They see it everywhere. Tumblr user OC is not only one of them, he even creates meals shaped like the infamous symbol, and no meal is better than pizza; 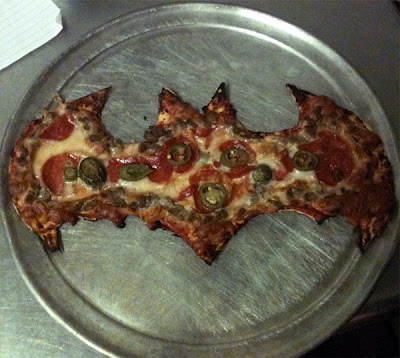 Bet he wishes he was a fan of The Flash or The Fantastic Four. Their logos would have filled the entire dish and given more pizza. Working out life's problems to a 'get more pizza' result (sigh) if only school had allowed us to do the same.