Tumblr user Who-lligan self confesses he may not be very good at art, but at least he's got science - I say the following proves he is brilliant at both. Proving bacteria can be used for more than keeping dentists and doctors employed, the scientific mastermind has created this Dalek of bacteria in a handy-dandy petri dish; 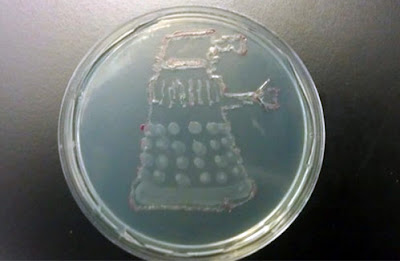 Probably out to exterminate the good Doctor for being a fungi, this Dalek is one of the most original fan-artworks I've seen in a long time.