I AM JACK'S OFFICIAL SEQUEL: Fight Club Creator Eyes Comics For Round Two 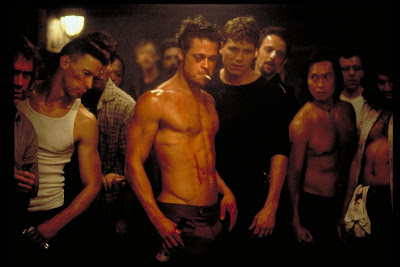 Too few movies play out the dark side of actor Brad Pitt, to me the infamous actor eclipses all his other roles when he steps into the shade, and nowhere has he one-two stepped that better than in Fight Club. Now creator Chuck Palahniuk has confirmed his Comic Con news, he's planning a sequel to the twist filled psycho fight, and he's planning it as a graphic novel. 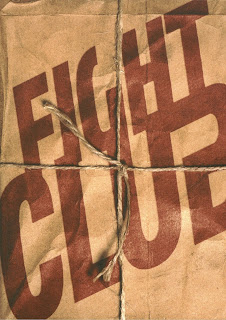 From the Chuck himself;

"It’s true. Chelsea Cain has been introducing me to artists and creators from Marvel, DC and Dark Horse, and they’re walking me through the process. It will likely be a series of books that update the story ten years after the seeming end of Tyler Durden. Nowadays, Tyler is telling the story, lurking inside Jack, and ready to launch a come-back. Jack is oblivious. Marla is bored. Their marriage has run aground on the rocky coastline of middle-aged suburban boredom. It’s only when their little boy disappears, kidnapped by Tyler, that Jack is dragged back into the world of mayhem.

It will, of course, be dark and messy. Due to contract obligations it can’t come to light for a while. Next year is 'Beautiful You', followed by the story collection. But since the Fight Club sequel will appear serialized in graphic form, my book publisher might allow me to launch it earlier than 2015.

...We haven’t started to court a specific publisher, not until I hammer out the complete story."

Now I know he doesn't mention Image Comics or IDW above, but jeepers that's where I hope it lands. Fight Club has a indie film feel and those publishers are indie comics. While Image has said they don't want to handle licenses, I think an official sequel of this nature, belongs at the home of books like The Walking Dead, Spawn and The Darkness if not the home of Judge Dredd (US), Transformers or The Crow.

What do you think?  For more on the story, visit The Huffington Post.
Posted by IADW at 5:00 pm