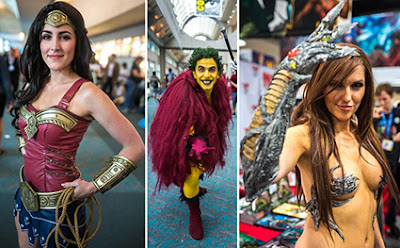 You know what, there sure are a lot of Wonder Woman's at a Comic Con'. And Harley Quinn's, Joker's and Deadpool's. Thankfully Norman Chan is developing a bit of a San Diego Comic Con tradition, where he makes like Peter Parker, and snaps as many cosplayers as he can find, capturing their cool in high-quality photos. This year his gallery is 864 photos in depth. Jesus, that's like a telephone number.

While my favourite number three is easier to handle, it doesn't make for a very good list. So double that, and I have my top six from Norman's amazing gallery. Criteria being originality and how much the cosplayer has taken on the character in look, attitude and stance; 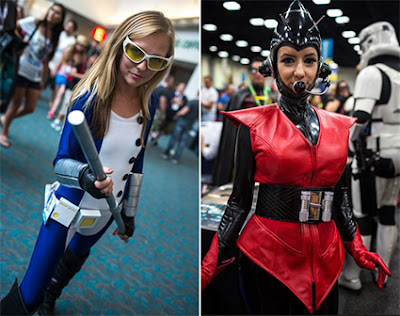 6) MOCKINGBIRD How could I be the Avengers West fan I am and leave this one off? This lady suits the character so well, I feel like Hawkeye's going to say "Eyes off" if I stare too long.

5) THE WASP The original Wasp outfit has never been beaten. It screams classic sci-fi with that cone-ish head and basic colour scheme. Now the look of this founding Avenger is retro-cool as well. 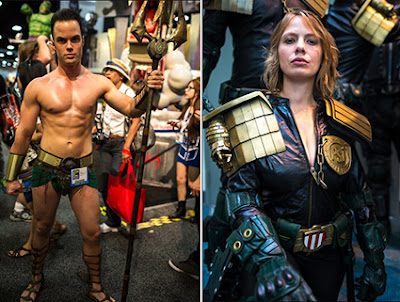 4) NAMOR If this dude just wanted to show his bod, he could've joined the 300 plus showing up as Spartans. Namor is one of Marvel's first (and often overlooked) characters, so it's good he still gets a nod.

3) JUDGE DREDD This lady is so in-tune with the attitude of Mega City One, she looks less 'cosplay' and more like an unreleased film poster! 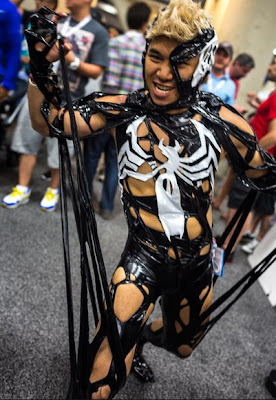 2) VENOM Now Marvel's main symbiote may not be all that original as a cosplay option, but how this guy has designed his suit to showcase the elasticity of Spidey's main rival, is just freakin' cool.

Not only does it thankfully cover all his human unmentionables, it really highlights the slimy nature of Spider-Man's former alien costume. 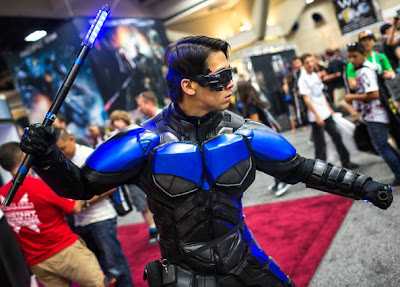 1) NIGHTWING  Score two for the blue heroes with staves! Like the Mockingbird lassie, this guy has really taken on the attitude of Dick Grayson, and looks like a natural leader of the Titans should.

If I had a costume this wicked, I would literally do everything in it. From reading my comics in bed, to standing in line at the Motor Vehicle Department and vacuuming. Who wouldn't?

What do you think?  For more cosplay including a tonne of Wolverines, Ms Marvel and a Batwoman to die for, visit Norman's amazing and extensive gallery right after the jump.
Posted by IADW at 4:00 pm