Happy Independence Day! I know it's not quite Independence Day in the States, but here in New Zealand it has been July 4th for over fourteen hours now, and I have to say after reading about the new releases announced at Image Expo 2013, it's feeling pretty groovy.

Highlighted by a new look website offering digital comics for sale, with no limit on sharing or copying, Image Comics stated "Creators are coming to Image Comics in droves. They have greater aspirations than endlessly rehashing the trademarks of yesteryear."

Already on It's A Dan's World, I have mentioned artist Tom Mandrake joining writer J. Michael Straczynski (JMS) on Sidekick, Rat Queens by Kurtis Wiebe and John Upchurch, Sex Criminals by Matt Fraction and Chip Zdarsky, plus Satellite Sam by Matt Fraction and Howard Chaykin, but as they say in the infomercials 'wait, there's more'. 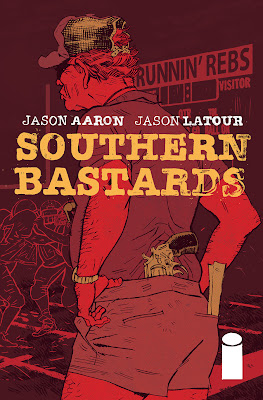 Walking Dead launches into ALL OUT WAR, a bi-weekly story arc about civilisation returning, that marks the hit titles 10th birthday.

JMS adds four more to the pot, moving former Marvel Icon title THE BOOK OF LOST SOULS with artist Colleen Doran to Image, alongside his other past Marvel creation DREAM POLICE. With illustrator Ben Templesmith he'll debut TEN GRAND detailing love and suffering, while deconstructing the points of comic storytelling with Bill Sienkiewicz in the six issue mini-series ALONE. 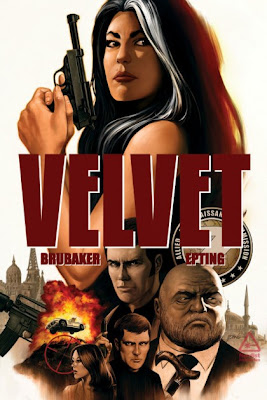 Untouchable Captain America duo, Ed Brubaker and artist Steve Epting unravel VELVET - a P.A. in a Cold War-ish landscape, drawn back into the feild after the world's best secret agent is killed. I have waited ages for Epting to go creator-owned, so this is definitely a lock for me!


Not to be outdone, current Captain America writer, Rick Remender joins the artistic Marvel Matteo Scalera for BLACK SCIENCE. A sci-fi tale of Grant McKay and his team, who have deciphered Black Science and become lost in chaos having punched through reality. Exploring the unknown worlds around them, now their only chance of finding a way home.

Still kicking, Remender also unveils DEADLY CLASS, with Wesley Craig. Exploring the mid 80's hardcore scene through Marcus Lopez, a downtrodden student in a school where the jocks are the children of Joseph Stalin’s top assassin, the teachers are members of an ancient league of assassins, the class he’s failing is “Dismemberment 101” and his crush has a double-digit body count of the worst kind. 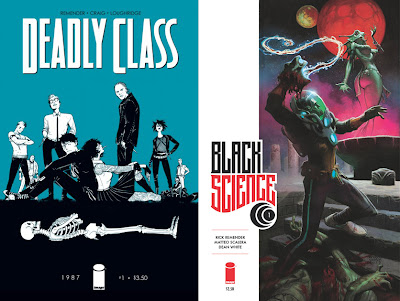