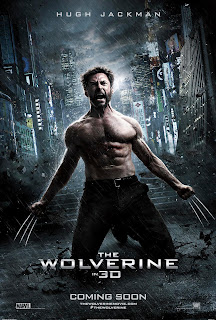 "You want what all soldiers want." "And what is that?" "An honourable death."

Those lines could easily be pointing to the justification for this film. The last two flicks Logan starred in, X-Men Origins Wolverine and X-Men The Last Stand, still have some fans cleaning the taste out of their mouths years afterwards. Now Hugh Jackman is back to set the record straight, and boy does he ever. Surrounded by more Yakusha, ninja and plot twists than you can shake a shirtless mutant at, this film has me thinking the man of adamantium's latest big screen romp might just be better than the recent epic of the 'man of steel' and definitely better than the third chapter of the 'iron man'.

Key to The Wolverine's success is the fact this it ditches the errors of it's predecessors, largely leaving special effects at the door and focusing on the twisted tale of loyalty, honour and redemption that is it's heart and plot.

Logan (Hugh Jackman) has renounced his codename and made home in the Canadian wild, where he finds his thoughts raging in two directions, neither of them good. Haunted by a Jean Grey (Famke Janssen) who waits for him, his guilt over killing the woman he loved has left him wondering what is the point of his 'immortality' without her.

Located by Yukio (Rila Fukushima), a mutant orphan taken in by Yashida (Haruhiko Yamanouchi) (a man whose life Logan saved in World War II), Logan hears the now frail old man wishes to repay his kindness before he dies. Returning to Japan, the mixed-up mutant quickly finds his 'friend' is rather after his ability to heal. That way Yashida can live on and Wolverine can at last die a natural death. 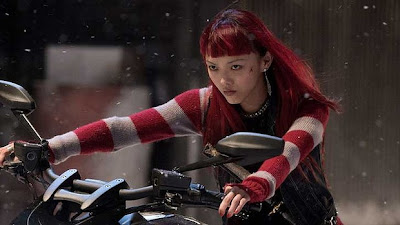 With the decision seemingly taken away from him, Logan soon finds himself embroiled in a corporate war, as the Yakusha and ninja collide over Yashida's granddaughter, Mariko (Tao Okamoto), who is set to inherit the industrial empire in just three days.

The duo's escape proves short-lived and as the code of honour hits the fan, so to is the 'Wolverine' reborn with purpose. Though if he survives long enough to see Mariko alive again, he just may have to put his heart in his hands to tell her. 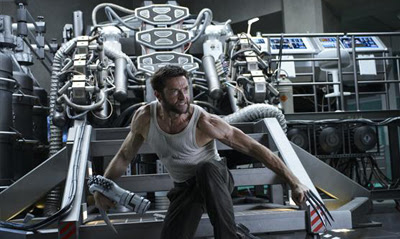 In a country where "nothing is without meaning", dropping world conquering super-villains for a relatively contained plot is a refreshing change. Punches, ninja kicks and swords are still pulled hard - Logan's fight at 300 miles per hour a-top a bullet train is brilliant stuff. Then when the Silver Samurai finally drills down upon him in the epic conclusion, I literally could not stop wincing (healing factor or none).

The whole X-film franchise has been built on Hugh Jackman's embodiment of Wolverine, and here he is back to his squinted 'don't mess with me bub' eyes best. Adding another layer, as the love triangle between himself, Mariko and Jean's memory builds to a climax, Hugh proves he can stay in character and deliver the softer elements of the role with just as much conviction. 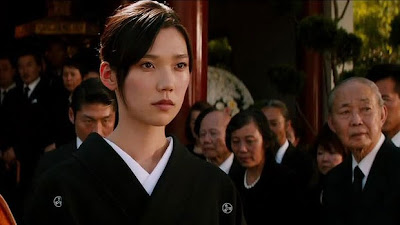 That said the casting of Mariko is flawless. Tao Okamoto (above) has an old Hollywood yet very Asian reserved grace to her, and the way she plays the character with such force of will she doesn't flinch in the face of adamantium claws millimeters from her face, yet is still 'girl next door' enough to share apples with a tired man, shows why Logan would fall for her in the first place.

Loosely based on the 80's Wolverine comic by Chris Claremont and Frank Millar, The Wolverine is the sequel that never feels like one. The after credits scene alone is one of the best yet (perhaps only rivalled by that of X-Men 2). Featuring two familiar faces and a logo, it will be a moment in the reborn X-cinematic universe that stops everyone in their tracks.