If you think Wolverine is a man of extremes you should see his phonebook. The variety of people he allies himself with created one hell of a great moment recently in the pages of Savage Wolverine. Finding themselves alone at Wolverine's pad, Spider-Man attempts to small talk with Elektra, who has other ideas... 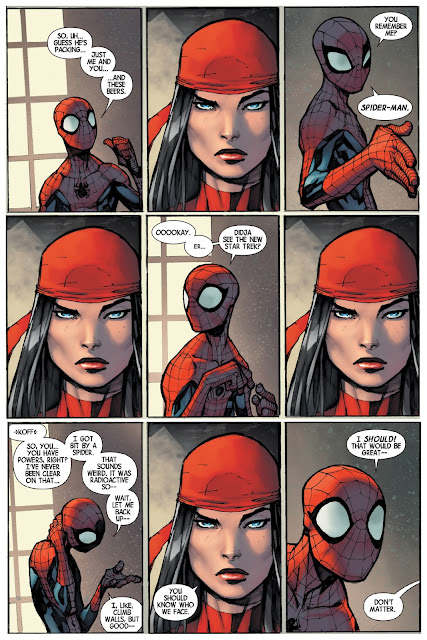 Only Peter Parker would start a conversation with a Greek assassin by asking if she's seen the new Star Trek film. Love it. And the wall-crawler's right too, what are Elektra's powers - aside from not catching her death running around at night in a red Christmas ribbon?

Written by Zeb Wells and drawn by Joe Madureira (Spidey's never looked better), you can catch the rest of the equally brilliant issue, by hunting out a copy of Savage Wolverine #6. You'll be glad you did.