SWEET AS: The Best From DC Comics' October 2013 Solicitations

When we Kiwis find something we like, we say it's 'Sweet as'. From the new Krypton still lives to the launch of Justice League 3000, when I'm looking at the best and new releases from DC Comics for October 2013, these comics here make the 'Sweet As' grade:. 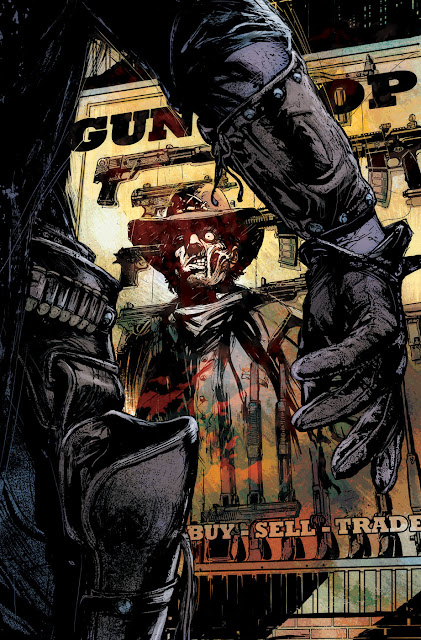 You know, of all the DC52 titles, I think All-Star Western is the one I kick myself for missing most of all. Covers of Hex's scarred yet shocked face at what a modern Gotham City gunshop can offer, just one of the cool, yet clever, yet funny reasons why.

DC Says:  This is the end of the line for Jonah Hex's trip to modern day Gotham City! Is his future our past or a padded cell in Arkham Asylum? (W) Justin Gray and Jimmy Palmiotti (A) Moritat.

He did sensational covers on Daredevil for years, now he's shaking the artistic tree with his interpretation of the Dark Knight, and Clayface as well!

Locked up in Arkham, Gotham City is safe from Clayface. But what led Clayface to become the monster that he is? The answers lie here. (W) Gregg Hurwitz (A) Alex Maleev. 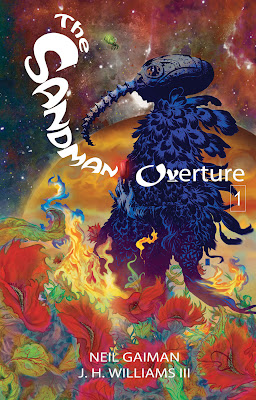 From the birth of a galaxy to Morpheus's capture, in this The Sandman's origin story, expect cameo appearances by The Corinthian, Merv Pumpkinhead and, of course, the Dream King's siblings: Death, Desire, Despair, Delirium, Destruction and Destiny.

Gaiman warns: "...one of the Endless dies on page five." (Mature Readers) 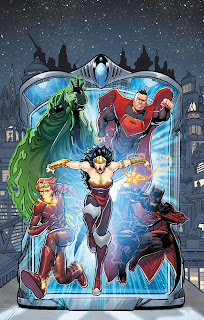 DAMIAN: SON OF BATMAN #1
(W and A) Andy Kubert
Damian Wayne, the son of Batman. What set this troubled teen on his path to a mantle that may never be his?

SUPERMAN/WONDER WOMAN #1
(W) Charles Soule (A) Tony S. Daniel and Batt
Some say love is a battlefield, but where Superman and Wonder Woman are concerned 'love' spells Doomsday! 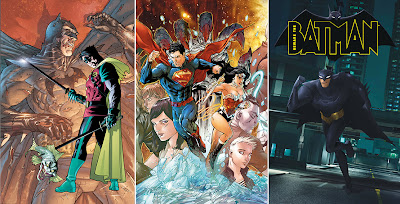 FOREVER EVIL: ROGUES REBELLION #1
(W) Brian Buccellato (A) Patrick Zircher
The Rogues call no man boss, but a new threat leaves them one choice; fall in line or fall apart. 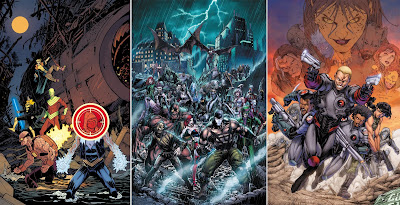 FOREVER EVIL: A.R.G.U.S. #1
(W) Matt Kindt (A) Manuel Garcia
Villains have killed the Justice League and decimated A.R.G.U.S.'s HQ. Only Steve Trevor and A.R.G.U.S. survivors can pick up the pieces.

COFFIN HILL #1
(W) Caitlin Kittredge (A) Inaki Miranda
Eve Coffin, a rebellious teen from a high-society family, wakes up naked, covered in blood and unable to remember. From the same event, one friend is missing, one is in a mental ward--and one knows Eve is responsible. Now ten years on, Eve returns to Coffin Hill to find the evil she woke that night still walks. (Mature Readers) 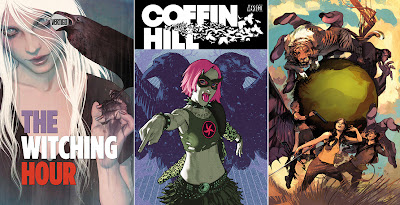 HINTERKIND #1
(W) Ian Edginton (A) Francesco Trifogli
Decades after "The Blight" all but wiped out mankind, The Hinterkind have returned. Creatures of myth, yet flesh, blood and hatred for those who drove them into the shadows: The human race! Now they are about to cross paths with Prosper Monday, a girl seeking to find her grandfather outside the secure walls of her city.