SWEET AS: The Best From IDW Publishing's October 2013 Solicitations

When we Kiwis find something we like, we say it's "Sweet as". From a new Samurai Jack series to the Transformers titles, when I'm looking at the best and new releases from IDW Publishing for October 2013, these comics make the 'Sweet As' grade: 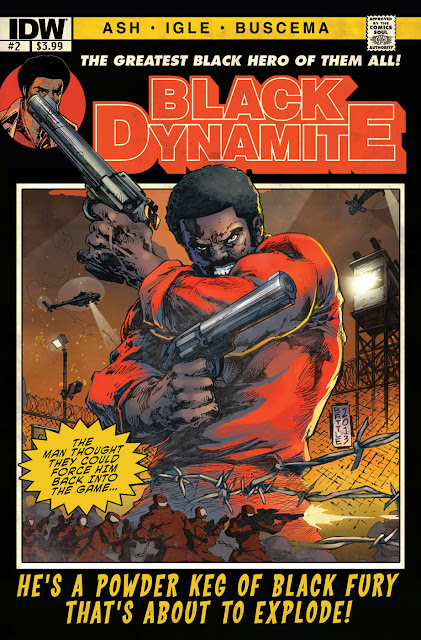 Sure the modern main image is a bit of a contrast to the retro comic cover stylings - but I dig it! Corner box art is too absent from today's books if you ask me. Comics need to look like comics sometimes, and this is a masterclass in how strong that look still is!

IDW says: From bad to super bad. Exiled from the Community and on his own--can the most not-to-be-trifled-with man of international ass-kicking survive Guantanamo Bay? You can bet your sweet ass he can! And if The Man is going to force him back into the game then it's time for Black Dynamite to show them how its played. (W) Brian Ash (A) Jamal Igle and Sal Buscema 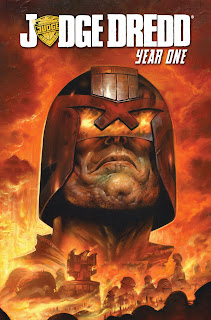 MEMORY COLLECTORS #1
(W and A) menton3
Three jaded fetish models are unexpectedly thrown into a violent world full of hidden entities who feed on our memories, and decide to make the hunters the hunted. 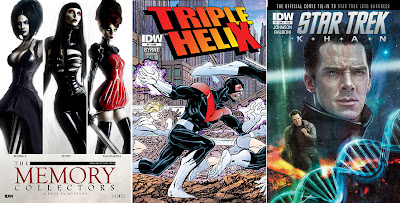 TRIPLE HELIX #1
(W and A) John Byrne
A monster is rampant in the city, but will the mysterious Changelings of Triple Helix destroy it before they realize it's an old friend?

THE COLONIZED
(W) Chris Ryall (A) Drew Moss
A spaceship crashes into a separatist camp and reanimates the dead! Now, cut off from any military aid, it's Aliens vs. Zombies vs. Militiamen.

ZOMBIE WAR #1
(W) Kevin Eastman and Tom Skulan (A) Eastman and Eric Talbot
Jina, a tough-as-nails fighter pilot sets about uncovering what reanimated the denizens of Earth's military cemeteries and more importantly, what will stop them?!

SAMURAI JACK #1
(W) Jim Zub (A) Andy Suriano
Cartoon Network's hit animated samurai 'Jack' is stranded in a strange future ruled by the demonic wizard, Aku. Can an ancient relic known as the Rope of Eons finally take him back to the past?


What do you think?  For IDW Publishing's full October solicitations, click the jump!
Posted by IADW at 2:34 pm