SWEET AS: The Best From Image Comics' October 2013 Solicitations

When we Kiwis find something we like, we say it's 'Sweet as'. From the start of the Walking Dead's biggest story to the Savage Dragon revamp, when I'm looking at the best and new releases from Image Comics for October 2013, these comics make the 'Sweet As' grade: 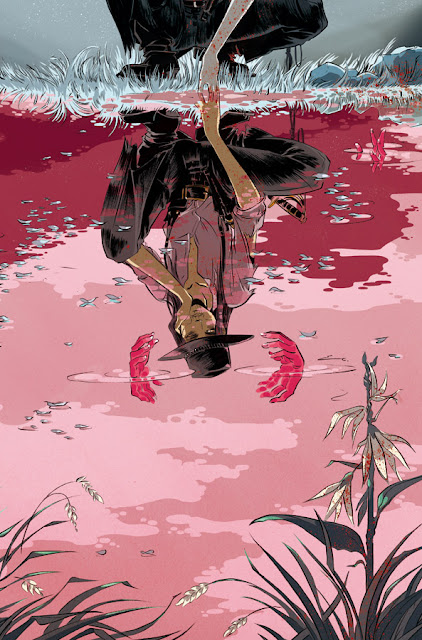 I starred at this cover, daydreaming just like the central character at how sweet it was, for ages before I noticed that pair of hands. Now it's still sweet, it's just a bit creepy too.

Image Says: KELLY SUE DECONNICK (Avengers Assemble, Captain Marvel) & EMMA RÍOS (Dr. Strange, Osborn) reunite to bring you an all-new ongoing series that marries the magical realism of Sandman with the western brutality of Preacher. Death's daughter rides the wind on a horse made of smoke and her face bears the skull marks of her father. Her tale of retribution is as beautifully lush as it is unflinchingly savage. 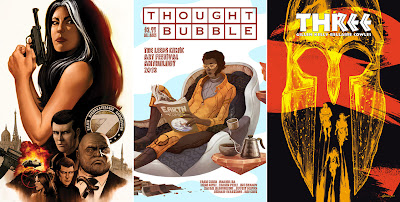 VELVET #1
(W) Ed Brubaker (A) Steve Epting and Bettie Breitweiser
When the world's best secret agent is killed, Velvet Templeton is drawn back into the field for the first time in nearly 20 years... into a web of mystery, murder and action in this extra-length issue.

THREE #1
(W) Kieron Gillen (A) Ryan Kelly and Jordie Bellaire
A brutal massacre, three Helot slaves and their desperate attempt to escape 300 of the finest Spartan warriors who've ever lived. 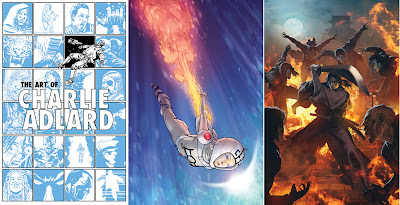 THE ART OF CHARLIE ADLARD HC
(A) Charlie Adlard
Now this 192 page oversized art book delves into the full history of Charlie’s amazing career, including an unprecedented look at the making of his 100th issue of The Walking Dead.


ROCKET GIRL #1
(W) Brandon Montclare (A) Amy Reeder
A teenage cop from a high-tech future is sent back in time to 1986 New York City in solve a crime against time. Only she soon discovers the “future” she calls home shouldn’t even exist!

BUSHIDO #1 (of 5)
(W) Rob Levin (A) Studio Hive
All five issues of this series will be released in October, as Kichiro (an outsider in feudal Japan) makes up for not having the pedigree to become a samurai, by fighting vampires to earn the title!

What do you think?  For the full list of Image Comics' October 2013 solicitations, click the jump!
Posted by IADW at 8:00 am