SWEET AS: The Best From Valiant Entertainment's October 2013 Solicitations

When we Kiwis find something we like, we say it's "Sweet as". From the Sect Civil War in Archer and Armstrong, to Quantum and Woody, when I'm looking at the best and new releases from Valiant Entertainment for September 2013, these comics here make the 'Sweet As' grade: 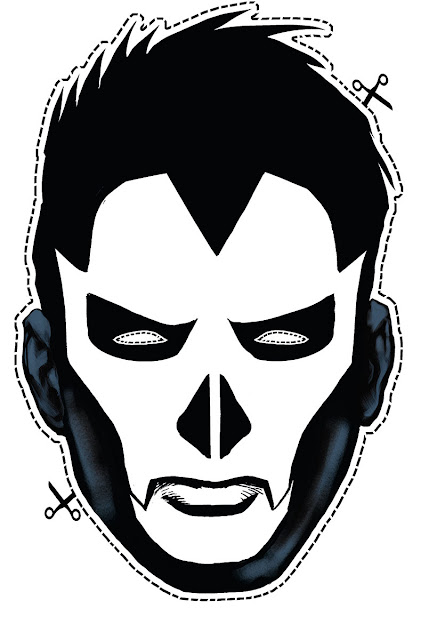 I wish this variant cover had a credit - good on Valiant for making comics fun for Halloween. Any kid showing up on my door showing this much good taste, can take all the candy in the bowl!

Valiant says: Halloween's here -- and it's about to hit New Orleans like a ton of bricks. It's All Hallow's Eve in the Big Easy -- and Shadowman's about to find himself alone on the job, standing guard on the most dangerous night of the year. Still reeling from the fallout of his cataclysmic battle with Master Darque, can Jack go it alone and protect his city from the legion of evils that haunt the Halloween night? (W) Jim Zub (A) Miguel Sepulveda. 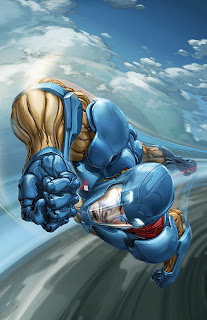 JUMP ON POINT  X-O Manowar #18
(W) Robert Venditti (A) Lee Garbett
Toward the future, toward Unity... With his nation state of Dacia fortified in eastern Romania, X-O Manowar has bent the world to his will. But he will not stand unopposed. With the assembled forces of the United Nations and NATO primed to assail the newly founded homeland of the Visigoth people, Manowar is about find himself more vulnerable than ever, on the threshold of a terrible turning point for the Valiant Universe. 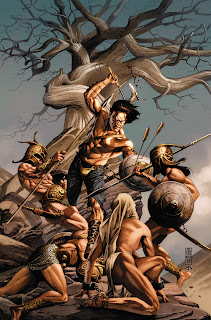 J.G. Jones did a whole raft of timeless covers for DC, including some of the best Doc Savage art you are ever going to see and of course 52. Now he's providing just as timeless work on the timeless hero himself,  The Eternal Warrior (#2)

What do you think?  For Valiant's full October solicitations list, click the jump!
Posted by IADW at 8:00 pm