Move over 'Dynamic Duo', the world is about to be completely re-schooled in 'Hollywood cool' as Warner Bros have announced today a live action Superman/Batman film, directed by Zack Snyder. 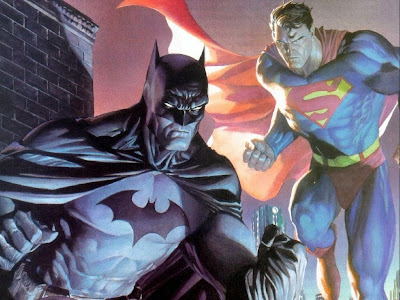 Set for 2015, Henry Cavill will reprise his stunning efforts as the Man of Steel, with Batman to be named later (holding out hope there is still time for me to get my audition tape in).

That's got to prove they are on the right track already. Rumours are flying in Superman/Batman is the next step on Warners road to a Justice League movie set for 2017. Between here and there, The Flash will reportedly race into theatres in 2016, showing all new-generations that 'faster than a speeding bullet' is still too slow for some.