ALL IT TAKES IS A BOTTLE OF JACKS: Punisher Short Film Does Frank Justice

The curse of doing a shared universe in movies, is the fact it can be harder to tie certain heroes in with the shiny armours and shields of the Avengers - characters like Ghost Rider, Blade and Punisher. 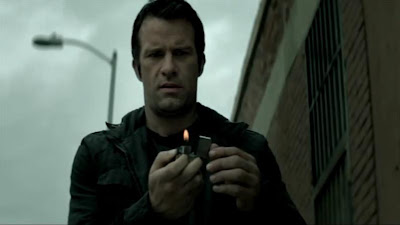 Sometimes The Punisher films alone get caught in that pull. Go down the Marvel Knights road and tread a more graphic yet psychologically thrilling path or take off the rougher edges, so one day if Spider-Man swings through the set, he won't look too out of place.

The film best showing the power of option one, is the short Dirty Laundry. Starring Sons of Anarchy frontman Ron Perlman and Thomas Jane reprising his outstanding knack at playing Frank Castle, this former Comic Con debut deserves it's own mainstream DVD release.

Now be warned, while it really shows the lengths Frank goes to not get involved, his perspective and nomadic simple life, it is The Punisher, so language and violence do hit the fan sometime after you click play.