In hyping the artistic team on his 90's Captain Marvel series, writer Fabian Nicieza joked that Image "better get ready to steal this guy". And it was true enough. A few of the former Marvel stars often plucked out any up and comer they thought had potential to follow them. One of the most obvious of those hijacked? Stephen Platt. 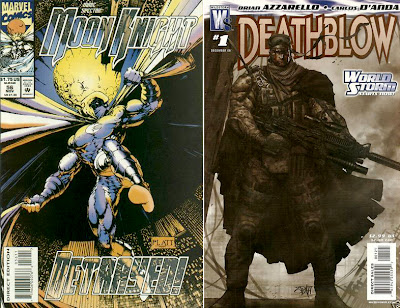 All the motivation his kidnappers needed - the final four issues of Marc Spector: Moon Knight. That shows you how hard abductee-in-chief Rob Liefeld was looking, this was the during the X-Men 90's boom and all eyes were usually pointed in that direction.

While Marvel was actually looking to roll 'SPlatt' over to X-book Cable after Moon Knight wrapped, Cable's creator had seen enough. Rob like the rest of fandom, had marvelled over Platt's detailed art on the whitest of comics' 'Dark Knights' and hired him to take over his Extreme Studios title, Prophet. 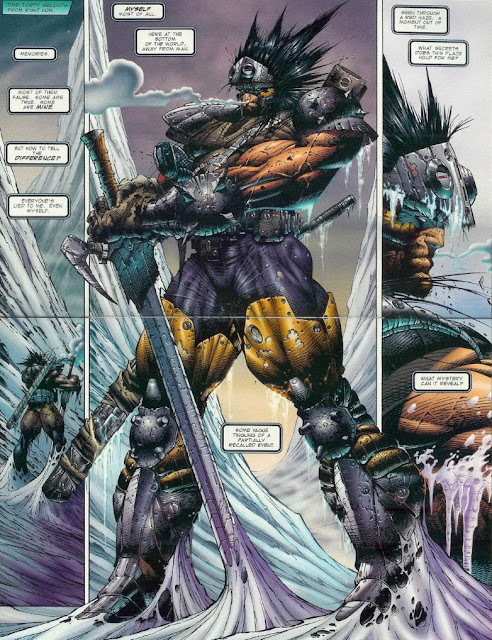 A fairly Vietnam-ish pin-up for Prophet by SPlatt would cover my diary for the remainder of that year. I still remember how many non-comic fans would be drawn in by it's detail. Nowadays it's his take on Moon Knight that makes me wonder - having given that character a 'David Finch' look, perhaps Finch's recent take on the same hero was in part inspired by Stephen's earlier artwork?

During his time at Image Comics, Platt broke away from being a Todd McFarlane art clone and grew into his own artistic force. By the time he banged X-Force and Youngblood up against Mojo in a one-shot special and put out five issues of his fantasy title Soul Saga, he was literally a new man, but his development wasn't over yet. 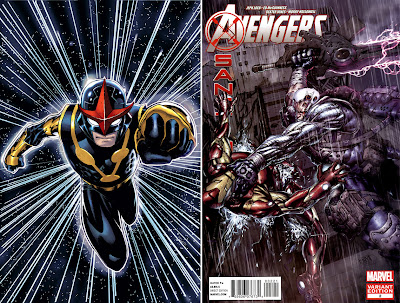 Stephen took off for the bright lights of Hollywood land, and recently it's only been an odd appearance on Facebook and the persistence of Marvel Comics, that has seen his return. And what a return it is! With a series of covers popping up on everything from Nova #4 to Avengers X-Sanction #2, any rough edges of the past have been lost and a solid, more unique artist has arrived.

With Marvel having also recently drip fed Joe Mad back to the point where he will once again take on an ongoing series with Inhuman, perhaps the House can coax SPlatt back the same way? Blade, Nick Fury (the original that is), Thor and War Machine are just a few examples I can think of that would do well under his touch.