CAPE AND COWL HUNTING: Ben Affleck Cast As The Next Batman

They thought he might be the director of the new Justice League movie, but few thought it would be by playing the man that directs DC's premier super-team in battle. Yet today, Warner Bros announced actor Ben Affleck will take on the role of Bruce Wayne in the upcoming as yet untitled Superman/Batman film, set for a July 17, 2015 release. 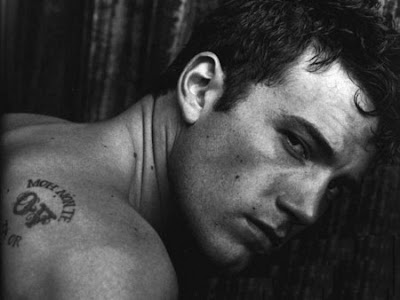 A quote from director Zack Snyder in the official press release reads "a man who is older and wiser than Clark Kent and bears the scars of a seasoned crime fighter" in reference to the 'new' Batman's role in the film. Not only does that mean we won't probably see the re-re-re-re-re-telling of Batman's origin, with that age dynamic at the heart of Snyder and David S Goyer's script, I think I see why Affleck fits. 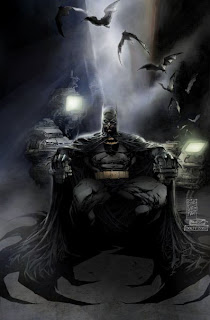 To the public, he's the 'playboy millionaire' off screen, while tragically his love life and much of his acting post Good Will Hunting undergo an enormous trial by fire. Much of it unjustly, especially in regards to his private life, yet he endures and remains in check. Ben's never quit, persisted, and where once stood a comic-creator in Chasing Amy or Matt Murdock in Daredevil, there now stands a honed and refined man. One who starred in, directed and produced Argo, and starred in and directed The Town, which was one of the best movies of 2010 by a country mile.

He made himself better by force of will and application. If Affleck can tap into that premise and bring it to the screen, I have no doubt Ben can be Batman, because he already has been.